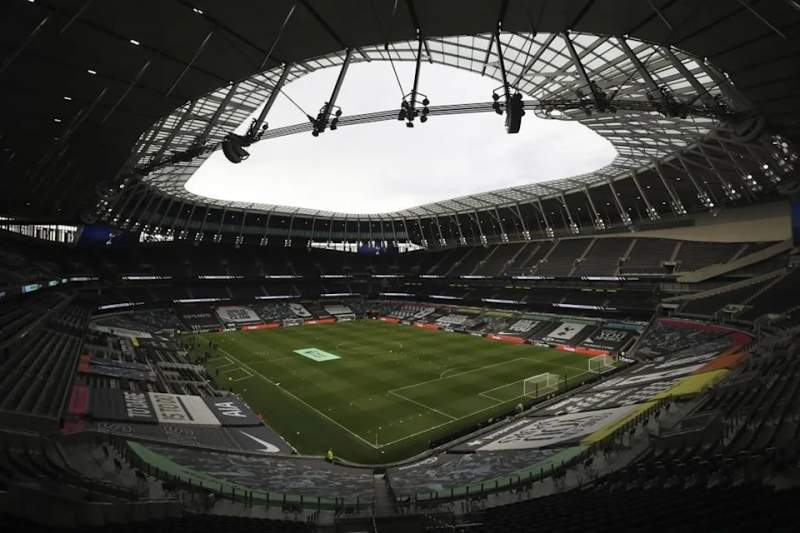 Tottenham announced today, Friday, June 18, that it had paid back the £175million – €203,607- that it borrowed from the Bank of England as part of a coronavirus loan scheme, freeing up cash that could help the Premier League club sign players and a new manager.

The north London club said it repaid the low-interest loan from the £250million – €291million that it had recently raised from institutional investors.

“The club’s ability to manage effectively throughout the COVID period led to discussions with the same institutions that supported the club in 2019 to refinance stadium funding,” Tottenham chairman Daniel Levy said in a statement from the club.

“Our institutional investors and banks,” he continued, “have been supportive and positive throughout the pandemic despite the uncertainty in the economy and the lack of fans at the stadium for the past two seasons, for which we are very grateful.”

Tottenham was one of dozens of businesses that borrowed from the central bank’s COVID Corporate Financing Facility last year to tide them over during the pandemic and had pledged not to use the funds for player acquisitions.

The club, still in search of a manager after finishing seventh in the Premier League, had reported an annual loss of £63.9million – €74.39million, for the fiscal year that ended June 30, 2020, due to the pandemic and fans being shut out of stadiums.

When Tottenham reported its fiscal year-end financial results in November, the club also warned of losing out on more than £150million – €174million in revenue if coronavirus restrictions prevented supporters from returning through the season. Fans only returned in limited numbers for the final home game of the season.

Tottenham was the Champions League runner-up in 2019 but has now failed in consecutive seasons to qualify for Europe’s elite and lucrative club competition.

Star striker Harry Kane has asked to be sold because he’s unhappy with the direction of the club. Manchester United, Manchester City, and Chelsea have all been in touch with Kane’s representatives expressing a desire to sign the England international, who has again repeated his desire to leave Tottenham.