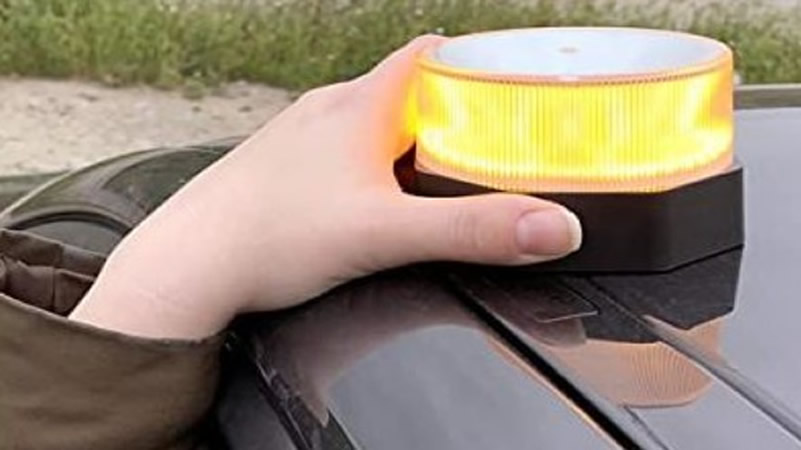 As of July 1, the new V-16 lights will begin to replace the warning triangles that drivers are currently supposed to use on the roads in the event of an accident, a device which is an orange flashing light that must be placed in the highest part of the vehicle to signal that the vehicle has stopped on the road.

Now the General Directorate of Traffic (DGT) clears up the confusion that the V-16 lights may be used instead of the triangles from July, but that they will become mandatory in 2026, after which point, the only thing allowed to signal incidents will be this luminous beacon with geolocation.

Ana Blanco, the deputy director of circulation of the DGT, already spoke about it a few months ago, when she commented, “people become vulnerable when they have to leave the vehicle to place the triangles”, with Jorge Ordás, the general deputy director of Mobility Management and Technology of the DGT, also pointing to the high number of fatal accidents that occurred when drivers got out of their vehicles to place or collect the triangles.

These new beacons can be placed without leaving the vehicle when a driver suffers a breakdown, simply by lowering the driver’s window and placing the device on the roof above them, where it will be secured with a magnetic anchor that the beacon incorporates, as reported by lasprovincias.es.

This device will have a parabolic reflector, making it visible over a radius of one kilometre, even in low visibility conditions, without the need for cables, since it works with a battery, as well as giving the possibility for the driver to send a request for assistance using the device’s connection to the driver’s mobile phone.

The DGT also reminds drivers that, in the event of a breakdown or accident, the new regulations dictate “as a general rule” that we will only get out of the vehicle if there is a safe place off the road, and always on the opposite side of the flow of traffic, but, if you cannot safely exit the vehicle then to wait for the assistance to arrive whilst sitting inside with the seat belt on.