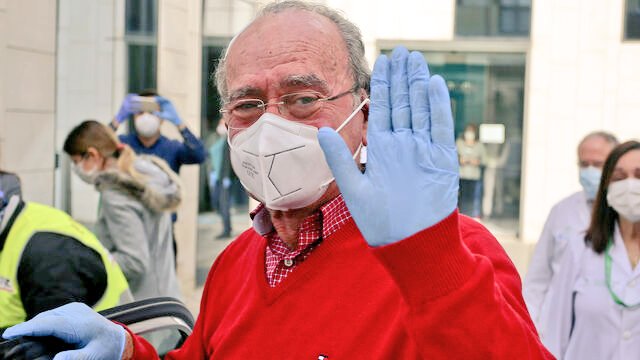 THE Mayor of Malaga, Francisco de la Torre, this Sunday, June 20, congratulated the students and teachers of all educational levels who “have worked hard” so that there are few cases of coronavirus and has encouraged young people, now that the school year is ending, to be “very careful” not only on the night of San Juan but during the holidays.
As reported by Andalucia Informacion, De la Torre, in a video on social networks, collected by Europa Press, has had words for “the protagonists of education, young people; children, including primary school; secondary and high school adolescents; and teachers who are they have taken pains during the course so that there are very few cases, practically none, “It seems to me that it has been a performance, a conduct, which deserves everyone’s congratulations,” he said, insisting on encouraging, now that the course is over, that “we are very careful, not only on San Juan’s night but during the holidays”.
De la Torre has pointed out that, although the issue of masks is “relaxed in a few days”, after the Government announced that on June 26 it will no longer be mandatory in outdoor spaces, “we must be careful. Whenever there is a gathering of people we need to use it and also indoors, and, furthermore, we have to be careful with social distance, in hand hygiene … “.
“The evolution of the virus has not finished”, the mayor of Malaga has warned, while he has stressed that “statistics show that in the last seven days in the province of Malaga the number of hospitalized has increased, 75 new people who they have had to enter, eight deceased in the province”. He also added that the city is “just over a third of the population of the province of Malaga, therefore, in that proportion is the data of the city.” He has also pointed to “the global contagion statistics”, which has to be “moderate in the whole of the province, in Andalucia and in Spain so that we can have a guarantee of fluidity in the arrival of tourists, normality, which generates employment and activity”.