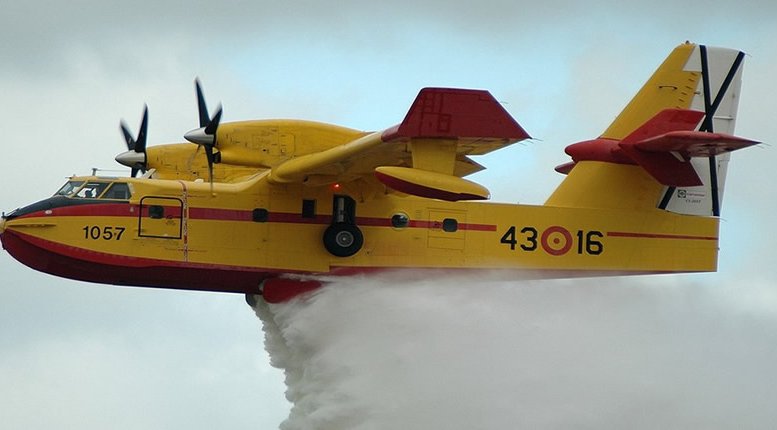 ALMOST 3,000 Spanish Soldiers Are Ready And Prepared For Fighting This Summer’s Forest Fires

THE State Coordination Committee (CECOD), announced on Sunday June 20, its annual plan for fighting forest fires in the summer period from June 15 to October 31, 2021, which monitors the Autonomous Communities of Spain most at risk, and by virtue of its powers in Civil Protection and forest management, can provide aircraft, material means, and the UME, as well as Brigades for the Fight against Forest Fires (BRIF).

During this campaign, the UME will make a total of 1,400 military personnel available in the fight against forest fires, contained in five battalions and, in turn, split into 31 intervention sections, and as always, the UME will have logistical and operational support when necessary to carry out an intervention, bringing the total number of available personnel up to 2,900.

In addition to its permanent headquarters located in Torrejón de Ardoz, in Madrid, Morón in Sevilla, Bétera in Valencia, Zaragoza and San Andrés de Rabanedo in León, the UME will also have personnel temporarily installed in several other precise detachments off their bases in order to reduce deployment time in case of intervention, according to h50.es.

If necessary, drones will be available for this LCIF campaign, in the form of the BIEMs ‘Phantom’ II and IV, and from BTUME, there will be the ‘Condor’ and the ‘Inspire’, which have the possibility of transmitting thermal images and with the ability to fly both day and night.

For airborne firefighting, the 43rd Air Force Group of the Air Force, in accordance with current protocols, will continue to operate the Canadair CL 215-T and CL 415-T fire extinguishers during this campaign, with their aircraft deployed in a staggered manner in Santiago, Salamanca, Torrejón, Talavera la Real, Málaga, Zaragoza and Pollensa.

Also, the Emergency Helicopter Battalion (BHELEME) will contribute two EC-135s (HU-26) based in Colmenar Viejo and two Cougars (HU-27) based in Bétera, Valencia.

The Units, with almost 3,000 Spanish military personnel, have been conducting exercises in preparation for fighting this summer’s inevitable forest fires, working with engineering machinery, mastering the efficient use of water supplied by the fire engines, use of drones, along with joint exercises with the air resources of the 43 Group and BHELEME.