Andalucia Launches Tourism Campaign Focusing On The Joy Of The Destination 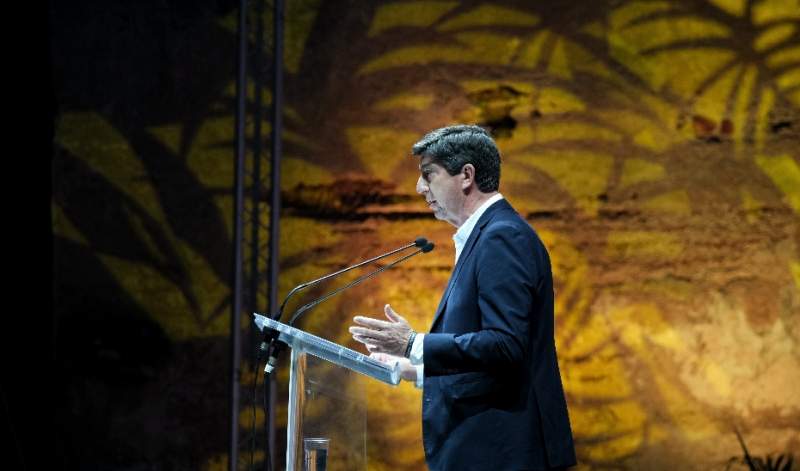 The vice president of the Board and Minister of Tourism, Juan Marín, presented the new creative campaign for the promotion of Andalucia this Thursday, June 24.

THE action stars Antonio Banderas whose motto is “There is no small joy” and which, as he has highlighted, will mean “a before and after” for the dissemination of the community’s offer.
Marín, in a ceremony held at the Gibralfaro Castle in Malaga, pointed out that this launch, in addition to replacing the previous creative line ‘Intensamente’, “also symbolises leaving behind the worst tourism crisis in its history and focusing on a future that looks hopeful.”
He recalled that tourism “is the industry that has suffered the most, but it is also the one that is going to get us out of the economic crisis” and has emphasised that from the Ministry “we have done our work to sustain the muscle of the sector, by that we must recognise the efforts of employers and workers in the last year and a half.”
In this context, the vice president stressed that “the whole world needs the joy of Andalucia, a factory of emotions that creates lifelong memories that invite you to repeat the experience,” the campaign presented today is “a reinforcement of the Andalucia brand to attract tourists through a renewed, modern, diverse image that is committed to the environment.”
The actor Antonio Banderas, who has intervened in the event through a video in which he talks with Juan Marín about the destination, has shown his “pride and responsibility” for representing Andalucia as the image of this campaign.
Furthermore, Banderas highlighted joy as “a key element of Andalucia that, in this land and despite everything, was never lost,” while acknowledging that “in this complex moment we all have to push together.”
The new campaign, created by the DEC agency and which will be broadcast by Andalucia until the end of 2023, responds to the complexity of the current scenario, in a world in constant change after the global impact of the pandemic in need of hope, optimism, Andalucia and its infinite joy.
The new creative line aims to be an inexhaustible source of emotions, showing a way of life that offers the visitor a unique experience and focusing on the concept of joy, a universal territory that connects with all audiences, channels and media.
Under the motto ‘There is no small joy’, the narrative development is carried out through music and dance, through a musical that travels throughout Andalucia to conquer the public with its capacity for seduction, transferring a more positive, vital and attractive message.
The films are constituted as small stories and there will be multiple-segmented materials, dedicated to interior tourism, culture, gastronomy, meetings and congresses or golf, among other products; with the presence of images of the eight provinces and an elegant, modern and seductive visual conception.
The campaign starts in the next few days with the materials dedicated to the summer season and will include translations into the different languages of the main Andalucian markets, as well as an adaptation for the community itself.
Starting this weekend, the image of Andalucia will be broadcast with this creativity on television, print publications, radio, outdoor media, digital platforms and social networks, with special actions aimed at the youngest.