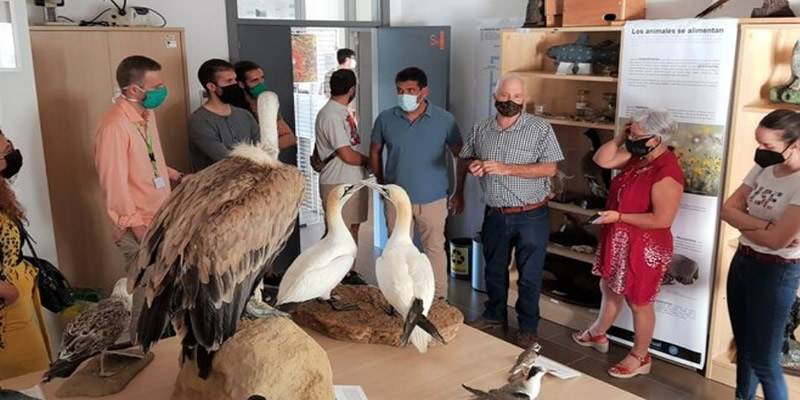 Barn owls are nocturnal birds of prey that were once very common throughout rural areas of the province, especially in areas of intensive agriculture, but in recent years their numbers have dropped alarmingly, allegedly due to the massive use of agrochemicals, but now, thanks to the massive implementation of biological control in our crops, they are showing an increase in numbers again.

An agroecological meeting took place at the University of Almería on Wednesday 23, to present the Lechuza project, where a demonstration was carried out to show how owls live, their feeding habits, and how it is verified that they are beginning to ‘become independent’, with a host of local fruit and vegetable companies taking part in the initiative: APROA, Bioline Iberia, Caparrós Nature SL, Coprohníjar SCA, Grupo Fico SL, Grupo Unica SCA, and SAT Costa de Níjar.

Jan van der Blom, from COEXPHAL, explained, “Greater biodiversity directly favors pest control and the sustainability of our crops. For this reason, more and more farmers are planting hedges around their farms. Barn owls are not directly involved in pest control in greenhouses, but they symbolize the recovery of biodiversity. For this reason, our companies gladly contribute to this project in their direct environment”.

In total, eight chicks have arrived in Almería from a recovery centre for injured birds in Madrid, where there are adult birds who can no longer survive freely in the wild, but can still reproduce.

Their eggs are incubated and the newborn chicks are cared for in their first phase of life when they are still very vulnerable, with the ones who arrived in Almería being just 3 or 4 weeks old, having about another month left to begin to become independent in nature. Previous experiences in 2018 and 2019 have been very positive, with all the birds becoming independent after 6-8 weeks.

The owl chicks are housed in 2 nest boxes: one at the University of Almería in La Cañada, and the other in Rodalquilar, and every day the volunteers from SERBAL, CECOUAL, and OASYS MiniHollywood feed the baby birds 4 or 5 mice a day!

Nest boxes always have access to the outside, so they will be able to get out as soon as they start to fly, although initially, they will return to their nest box every day, then gradually less and less, until they do not return, and through cameras aimed at these nesting boxes, it is possible to follow the activity of the owls, when they leave their nest boxes and begin their life in freedom.

This project is an initiative of the foundations of:
CECOUAL,  SERBAL, and OASYS MiniHollywood, which aim to increase biodiversity in the province of Almería. The expenses of the project will be covered through the sponsorship of fruit and vegetable companies, whose names will be reflected in media communications, as reported by diariodealmeria.es.