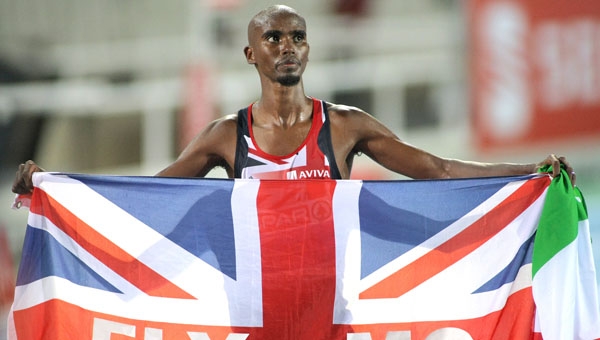 Mo Farah, the four-time British Olympic champion will not be going on the Team GB plane to the Tokyo Olympics in July, after failing in his last-ditch attempt to qualify for the 10,000m at the British Athletics trials at Manchester Regional Arena last night, Friday 25.

Needing to finish the race in under 27 minutes and 47 seconds, Farah came in at 27 minutes and 47 seconds, leaving him 20 seconds short of the required time, and now his legendary Olympics career will finally be over, which will make it a sad ending to such a prolific running career, to finish it in front of just a couple of hundred fans, as Mo Farah fails to qualify for Tokyo, as reported by The Sun.

Asked after the race if it was time for him to retire, he replied, “It’s a tough one. I have always said if I cannot compete with the best, I won’t just go to be in a final. Tonight showed it is not good enough”.

Continuing, “You go out there and give it all and that’s all you have. It’s quite windy. I tried to push and push and I ran my lungs out. That’s all you can do as a human being, give it your all. I’ve had a wonderful career. I’m very grateful. That’s all I had today”.
“There’s no excuse in terms of conditions, it is what it is. I genuinely thought I’d come out here, get the time and then go back to the training camp. I’ve had some decent sessions since my little niggle (ankle and foot) but I thought I should be able to run that. I’ve had an amazing career, thinking about it tonight it’s a bit shocking and I don’t really know what to say”.