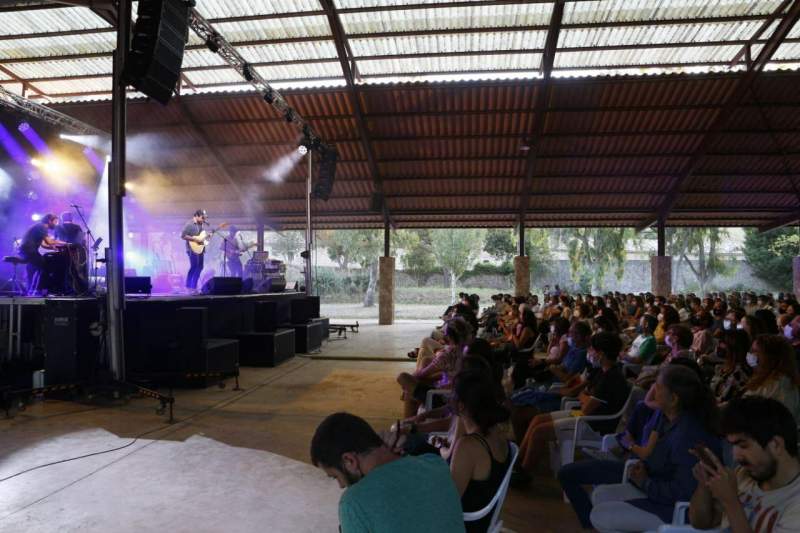 THERE will be two main musical events to celebrate 10 years since the Sierra de Tramuntana in Mallorca became a UNESCO World Heritage Site.
The president of the Consell de Mallorca, Catalina Cladera, the Minister of the Territory, Maria Antònia Garcías and some 600 people attended a concert by the band LA as they launched their latest album Evergreen Oak in Lluc on Saturday June 26.,
The area was adapted to maintain safety distances and the public was informed of the health recommendations before the concert and members of the audience were also invited to make use of the mask, although it is no longer mandatory.
The concert was free, but to access it, it was necessary to download tickets from the website www.serradetramuntana.net and all tickets were taken up in less than 24 hours.
The main event will take place on June 29  and in addition to speeches from representatives of different organisations, to close the event there will be a concert of classical music by the string section of the Symphony Orchestra of the Balearic Islands on the esplanade of the Carthusian Monastery de Valldemossa
They will perform two pieces by two Mallorcan composers, first will be Four seasons in Mallorca by the contemporary composer Joan Valent who was specially commissioned by the Consell de Mallorca and the second, the theme La Serra de Tramuntana by the composer Antoni Mairata.
At the event, which will be broadcast locally it has been arranged for a special promotional image originally produced for the FITUR Tourism Fair recently held in Madrid which is translated into four languages: English, German, French and Spanish.
Thank you for reading ‘10 years since Sierra de Tramuntana Mallorca became World Heritage Site.’