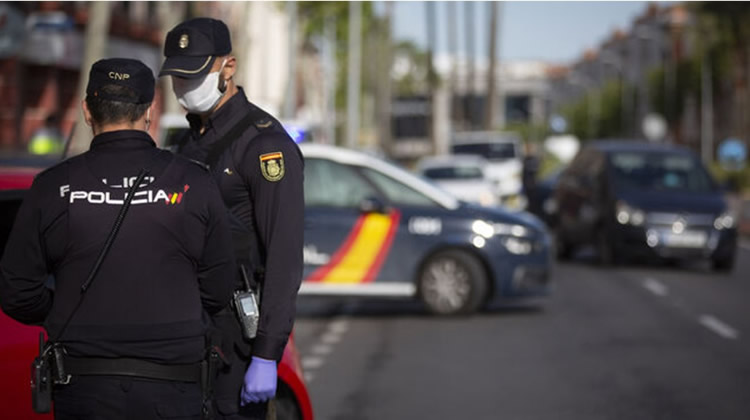 Officers from Group I of the Organized Crime Unit of the Alicante National Police, acting with the UDYCO of the Provincial Brigade of Judicial Police of Alicante, have arrested two fugitives wanted by the authorities of their respective countries of origin, Holland, and France, as perpetrators of crimes of drug trafficking, specifically cocaine, in two different operations, under two European Arrest and Surrender Orders.

In a statement issued by the National Police, they reported that after the arrest, the two fugitives were placed at the disposal of the National Court, in charge of processing the European Arrest and Surrender Order in Spain, to proceed with the execution of the extradition of both wanted fugitives.

The first of those arrested, a 56-year-old Dutchman, was arrested in the Alicante province town of El Campello in mid-June, where he had settled to clearly try to evade Dutch justice, which had sentenced him to serve 1,567 days in prison, as a member of a criminal group dedicated to the large-scale importation of cocaine destined for the Netherlands in 2013.

The Search and Arrest Warrant for Extradition indicates that the fugitive was wanted for belonging to a gang that imported pallets of bananas with cocaine inside, and allegedly, the detainee was in charge of the manufacturing process at the premises where 1,000 kilos of cocaine were hidden in a shipment of bananas.

After receiving the information, National Police officers launched an investigation, and the whereabouts of the investigated were soon located in El Campello, where a surveillance operation was put into place, which resulted in the subsequent arrest of the Dutch fugitive.

In a second success, Group I of Organized Crime of the National Police has carried out another operation that has ended with the arrest of a 39-year-old French woman, accused of belonging to a criminal organisation dedicated to trafficking cocaine in Paris, Ile-de -France, Guyana, Suriname, and the Netherlands.

According to the Order of Search and Detention for Extradition, the detainee was involved in international drug trafficking between 2017 and 2018, with the woman allegedly transporting people who were carrying cocaine in packages hidden in their body cavities in her vehicle, as reported by lasprovincias.es.