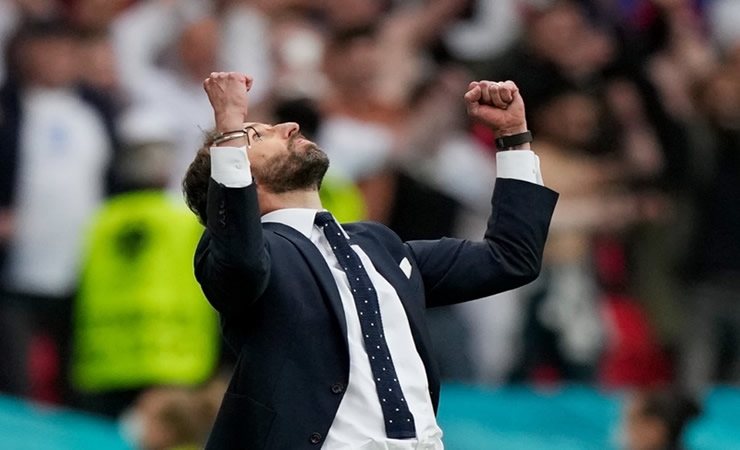 Scotland are out, Wales are out, now British football fans have only England to cheer on in Euro 2020, and games don’t really come a lot bigger than England versus Germany, at Wembley Stadium, with an estimated crowd of 43,000, the majority English!

This afternoon’s round of 16 winners will play the winners of the later match between Sweden and Ukraine in the quarter-finals, with Gareth Southgate opting to keep Arsenal’s 19-year-old Bukayo Saka in his starting eleven, with Aston Villa’s Jack Grealish back on the bench, along with Phil Foden, while German coach Joachin Low is missing Manchester City’s midfield general, Ilkay Gundogan, still out injured.

A quiet first half was spurred into life on 75 minutes as Raheem Sterling was once again England’s hero, his third goal in three matches in Euro 2020, as he pushed forward, finding Harry Kane who fed the ball to substitute Jack Grealish, and then laying the ball off to Shaw whose pass into the box was sublime, Sterling blasting the ball into the German net past a helpless Neuer.

Sterling was involved again, but not on a positive, as his blind backpass towards Phillips went straight to Kai Havertz, who laid the ball off for Muller to storm through on goal, but somehow, as Jordan Pickford advanced, he managed to put the ball wide of the post.

Then, after 86 minutes it was all over, with the moment that every England fan has been waiting for, a Harry Kane goal, as Shaw won the ball from Kimmich, sprays it out to Grealish, who does exactly what he is known for and sends a pinpoint pass to the head of Kane, who was never going to miss.

As England beat Germany at Wembley Stadium, it is in fact the first by an England team since 1966, sending the Three Lions thought to face either Sweden or Ukraine in the quarter-finals.