We asked and our readers answered: Spectator should face legal action 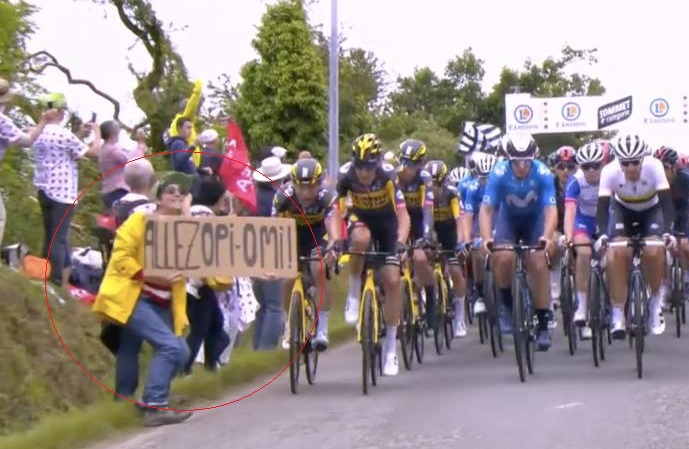 MORE than 92 per cent of our readers think that the woman who caused the major pile-up in the Tour de France should face legal action.

Based on the results of our online survey and the comments from our Facebook and Instagram posts, a huge majority of our readers believe that the spectator should be held responsible for her actions.

Footage which was seen all over the world showed her holding a cardboard sign into the road. German cyclist Tony Martin clipped it, causing a massive pile-up involving around 50 cyclists.

Thought to be German, she was said to have fled the country, but has since been arrested by police in France.

She was arrested near the town of Saint-Cadou. Before the arrest, Tour De France deputy Director, Pierre-Yves Thouault, announced plans to sue the woman “so that the tiny minority of people who do this don’t spoil the show for everyone.”

French newspaper L’Equipe says she could receive a year-long prison sentence and a fine of €14,900 as punishment. It is also possible that some of the cyclists decide to launch legal action against her.

While some readers blamed it on stupidity and recalled that it wasn’t the first time something like this has happened and probably won’t be the last, most answered with a resounding ‘yes’ that she should face legal action and were pleased to hear that she has now been arrested.

While most blamed her actions on sheer stupidity others had their suspicions that she might have acted in order to help a rider win.

However, there were some of our readers that blame the cyclist for not avoiding her and the organisers and marshals for not controlling the spectators better, saying that she is a scapegoat.

Thank you for taking the time to read this article, visit The Euro Weekly News website for all your up-to-date news stories and follow us on Facebook.