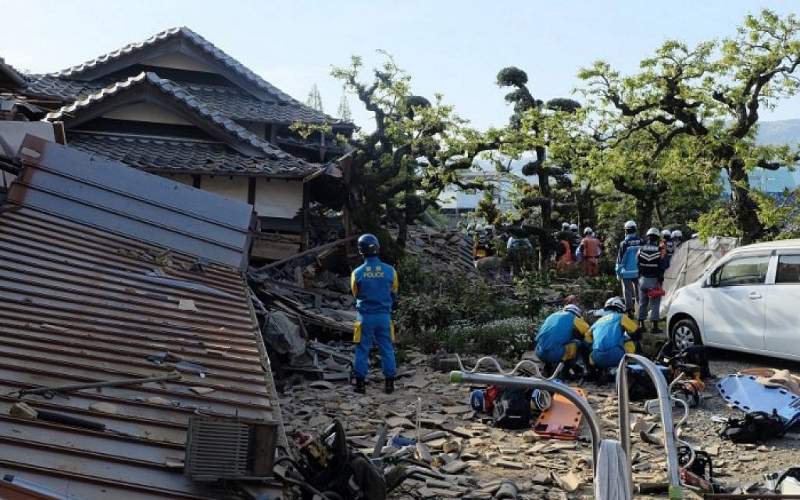 A massive landslide has hit a popular resort town in Japan leaving more than a dozen people missing and possibly a lot more.

A huge landslide has swept away homes and left 19 people missing at a popular resort town in central Japan after days of heavy rain, local officials say.

Television footage on Saturday showed a torrent of mud obliterating some buildings and burying others in Atami, southwest of Tokyo, with people running away as it crashed over a hillside road.

“I heard a horrible sound and saw a mudslide flowing downwards as rescue workers were urging people to evacuate. So I ran to higher ground,” a leader of a temple near the disaster told public broadcaster NHK. He added, “When I returned, houses and cars that were in front of the temple were gone.”

Kyodo news agency reports that the bodies of what appear to be two victims have been found in the port district.

A witness described a “horrible sound” before he fled to higher ground.

Prime Minister Yoshihide Suga has put together a task force to respond to the disaster and the wider emergency caused by heavy rainfall on the Pacific coastline.

Atami, a hot-spring resort in the prefecture of Shizuoka, has had more rainfall in the first three days of July than it usually sees in the whole month. The weather has been similar in neighbouring Kanagawa prefecture. The search for survivors continues, please check back later for updates to this breaking news story.