Granada to decide on new mayor this week 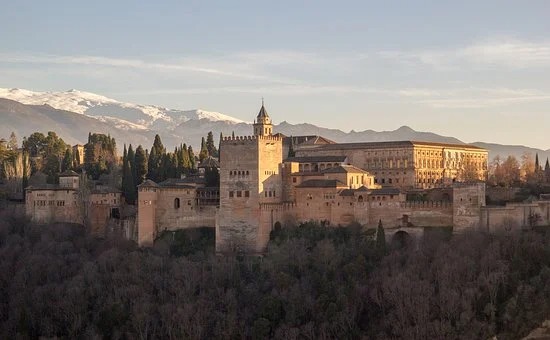 Councillors in Granada will elect a new mayor on Wednesday, July 7.

After weeks of political turmoil, councillors in Granada will elect a new mayor on Wednesday, July 7. The outcome will have regional significance as rival parties square up ahead of Andalucian elections due to be held late next year.

PSOE are hoping to regain control of Granada’s council in a vote to be held on Wednesday morning. The Partido Popular (PP), which abruptly withdrew from the ruling coalition with the Ciudadanos (Cs) when Luis Salvador refused to vacate the post of mayor for a PP candidate, still harbour hopes of leading the Nasrid city although it remains unclear which of their 12 councillors they will field as a candidate.

Francisco Cuenca is the PSOE candidate and he has the full support of the party’s regional chief, Juan Espadas, who enjoyed a star turn at the PSOE annual general conference delivering a key speech directly after Prime Minister Pedro Sanchez in Madrid on July 3.

In the event that the PP can muster enough credible support among the remaining councillors who are not members of PSOE to take a run at the post, they will likely field Francisco Fuentes. This is however unusual as he is not the PP candidate who received the largest number of popular votes at the last election, and that is normally the way in which a party devises a list to select a candidate for mayor from.

Fuentes previously served as the government’s sub-delegate in Granada 2016-2018. Cuenca was mayor of Granada 2016-2019 after his predecessor, Jose Torres Hurtado, resigned amid a corruption scandal. A whiff of scandal continues to haunt PSOE in Granada with Cuenca being accused of fraud in 2020.

The jostling and recriminations in Granada take place as the prospect of an election looms and the breaking of the pact between the PP and the Cs in Granada may yet have regional repercussions.

The Junta de Andalucia is run by a coalition of the PP, the Cs and Vox and is led by the PP President of the Junta, Juanma Moreno. The C’s Juan Marin serves as his deputy president.

The current parliament is the first time the centre-right has led the regional government in 36 years as the PSOE held a monopoly on power in Andalucia since the end of the Franco era. The party has pledged to regain control at the next ballot which must be held before January 1, 2023.

Regionally, the Cs popularity is in steady decline while the PPs are surpassing the PSOE in what once their political stronghold and ideological heartland with consecutive wins all but guaranteed.

However, the decline of the Cs, and the possible transfer of power in Granada to PSOE, could yet prove to be a headache for the PP’s incumbent President Moreno even though the PP maintains a lead in the polls. If the Cs collapse in Andalucia while PSOE gain ground in key elections areas, he will be left with a smaller pool of potential coalition partners in the event of a win in 2022 and he has already faced heavy criticism for partnering with the ultra-conservative Vox.

Vox also seems to be tiring of the PP with the party tweeting on July 4 that it entirely blames the PP for opening the way for the socialist PSOE to control Granada, an outcome they consider a done deal.

If PSOE takes the council on Wednesday, the PP’s withdrawal from their pact with the Cs in Granada may, with hindsight, come to be viewed as a winning hand badly played.