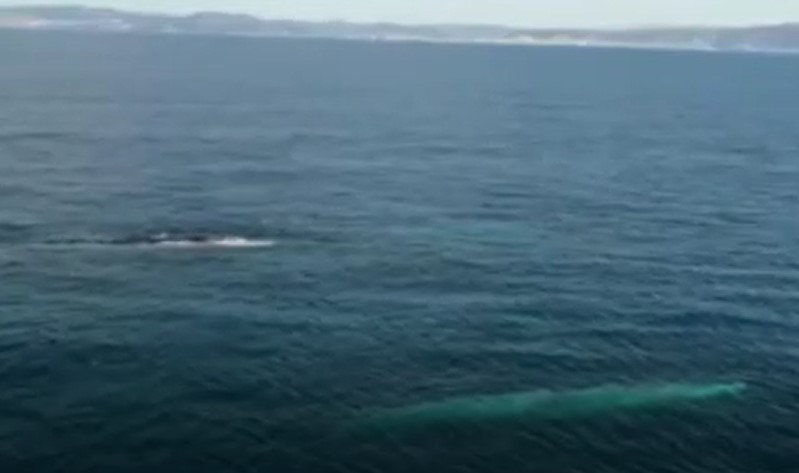 The Edmaktub association, which is dedicated to the monitoring of whales along the Catalan coast, announced the results Monday 5 of an assessment of the ‘Fin Whale Project 2021’, an investigation into the fin whale and the oceanographic conditions that favour its presence feeding in the area of ​​the Catalan coast and Catalan-Balearic Sea.

A spokesman for the association revealed that in 2021 there has been a high number of whales sighted in the region, after two anomalous years, 2019 with a severe drought and few sightings, and 2020 with lack of data due to the pandemic situation.

One factor could be that the rains and cold of winter and early spring have been determining factors to favour wealth in the trophic chain, creating an increased presence of plankton, especially krill, as food for fin whales.

This year, the association launched a pioneering technique of using drones to identify the whales, a system that has enabled them to successfully identify 75 fin whales, almost double the 45 seen in 2018, and the 43 in 2017.

The biologists of the association have placed three satellite marks this season to follow the movements of the fin whales, which have made it possible to determine during May how the whales remain in the area and pinpoint their main feeding areas.

The professional fishermen of the Catalan coast, especially the trawling fleet, have once again been excellent collaborators in this scheme, warning of sightings along the coast, while collisions with ships are the main concern for the conservation of the fin whale in this zone, according to the Edmaktub balance.

An association spokesman also highlighted the increase in the annoyances caused by the harassment of the creatures by pleasure boats, calling them “irresponsible, with little sensitivity, and unaware of the law that protects cetaceans that prohibits approaching them”.

As a footnote, as Edmaktub biologists have explained, this year they have seen again the BP005 cataloged specimen, nicknamed ‘Bruixa’, a male sighted in seven seasons and several times each season, this year on five occasions, as reported by 20minutos.es.