112 Emergency Centre will relocate to the Andalucian Technology Park 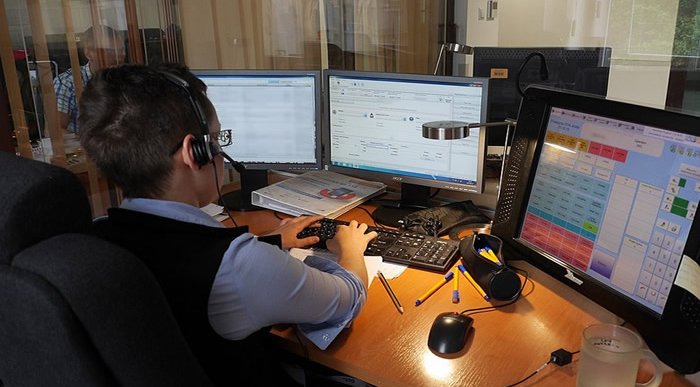 The 112 Emergency Coordination Centre will have a new headquarters in Malaga, installed inside the Forman building, located in the Andalucian Technology Park, thanks to an agreement reached with the Consortium for the Training Center for Communications and Information Technology of Malaga.

Elías Bendodo, the Minister of the Presidency announced, “It is a broader and more dignified headquarters from which to coordinate notices, and where citizens can access all the help they need to resolve any emergency situation, with the aim of continuing to reinforce security”, as 112 celebrates its 20th anniversary.
Mr Bendodo highlighted the incredible role that the 112 Emergencias and its workforce of more than 500 workers had carried out during the past 18 months, as he affirmed, “We have been suffering from a pandemic for 15 months that has changed everything, but we must all be proud of the work done by 112, because it has proven to be a fundamental pillar”.
Patricia Navarro, the Junta de Andalucia’s representative in Malaga, assured that during its 20-year existence, the single service number has become “a benchmark, 112 is more than a number. There is great teamwork and it is fair to congratulate the thousands of professionals who with a temperate voice attend to the needs”.

At the regional level, the 112 Emergency service is made up of 154 operations, including the State Security Forces, EPES, Infoca, Firefighters, Local Police, the Military Emergency Unit, and Endesa.

Of this total, 28 belong to the province of Malaga, and since this service was put into operation back in 2001, more than nine million calls have been answered, and 8.5 million cases have been directly acted upon, with calls answered in less than four seconds, and in a public survey published on February 11, the service received a score of 9.01 points,

During 2020, more than 145,000 notices were received, of which 54 per cent were related to health issues, while in the month of March, calls were double compared to the same period of 2019.

These figures are far from the initial data of a service that has been operating for 20 years, “The small coordination center that was created in 2001 has little to do with the comprehensive emergency service that we know today”, praised Mr Bendodo, as reported by malagahoy.es.