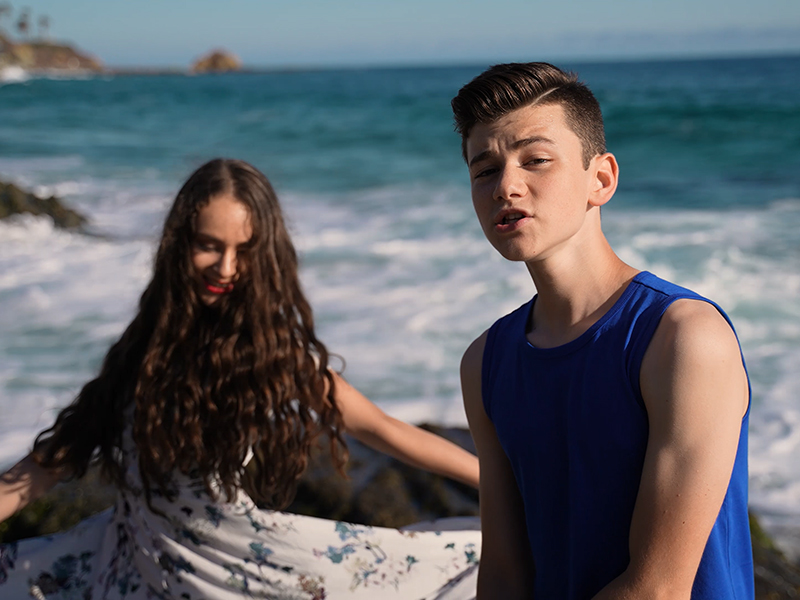 Marbella-born singer-songwriter Alexander James Rodriguez has consistently been releasing songs in the past year, and there is no sign of him slowing down.

The teen sensation, who only recently released his summer anthem ‘California’ for the re-opening of the State of California, is set to drop his Spanish-English samba song, ‘Bella Loquita’ on July 9th and we are super excited.


The new Mediterranean infused single, ‘Bella Loquita’ was produced by Gemini Musiq (Justin Bieber: Purpose) and written by Alexander James Rodriguez, with a little help from his Madrid-native grandfather.
“I am so excited to be LATAM music to my portfolio of songs, and ‘Bella Loquita’ is my first of many,” said Rodriguez. “In order to stay authentically Spanish, I wrote the lyrics with my 88-year-old grandad who was born and raised in Madrid. We had fun coming up with ideas, “La sirenita de mi corazon” was all him. I am grateful for his ideas and guidance.”
Alexander, who was born in Marbella in southern Spain, wrote the mid-tempo hybrid song rich with a carnival vibe of steel drums, percussion, Spanish guitar, and even fast-paced Flamenco hand claps. Lyrically ‘Bella Loquita’, which translates to crazy beautiful girl, is about a hypnotic girl that you want to dance with and all for a better life of summer fun.


The music video for ‘Bella Loquita’, which will release at the same time, was filmed at the famous Laguna Beach Pirate Tower in Southern California. Alexander recruited international dance champ, and his elementary school friend, Misella Vishnevskiy to be his bella loquita.
14-year-old Alexander James Rodriguez rose to fame at the top of 2021 when he received the ‘Rising Star Award’ at the Hollywood Music in Media Awards, for his debut single, ‘My Crew’. Predominantly known as an actor, the teen turned to music at age 12 during the height of the pandemic last year.
‘Bella Loquita’ from Alexander James Rodriguez is out July 9th on all digital platforms, and can be pre-saved via https://ffm.to/bellaloquita on Spotify, Apple Music, Tidal and Deezer.

Thank you for reading, don’t forget to visit our website for all the latest local, national and international news articles.