Another serious crash on Stage 13 of the Tour de France 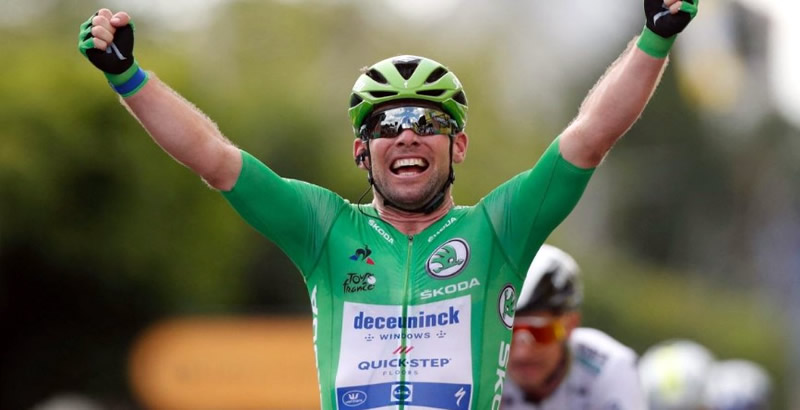 The Tour de France 2021 has been plagued by bad accidents, and today, on Stage 13 between Nimes and Carcassonne there was another serious crash, which saw the end of British cyclist Simon Yates‘ race, after being involved in a serious fall down a ravine, in which at least thirty other riders also left the road.

On a long descent, with around 60km left to go, the peleton approached a left-hand bend in the road when suddenly, several of the riders went to the ground, initially causing a pileup that ended up becoming a serious obstacle for the rest, with many of them falling several metres between the bushes and trees of the adjacent ravine, as reported by 20minutos.es.

It is estimated that at least 30 cyclists went to the ground, with the aforementioned Yates among them, but others, including, Poels, Bouhanni, Cees Bol, Kragh Andersen, Declercq, Majka, all involved, but luckily, nobody – apart from Yates – was seriously injured in the accident.

This accident led to the breakaway from the front being neutralized, with the yellow jersey of Tadej Pogacar, the current race leader involved, and losing time, as the eventual stage winner turned out to be Britain’s Mark Cavendish, who today equalled the long-standing Tour de France stage win record, held by five-time winner, Belgium’s Eddy Merckx, with the 34th stage win of his career.

Cavendish, at 36 years of age continues to defy his age, seen wiping away the sweat and the tears, after so many in the sport had written him off, now snatching his fourth stage win in this year’s race, after almost quitting cycling at the end of 2020.

Tadej Pogacar, the defending Tour champion, who held onto his overall lead after another tricky stage, punctuated by crashes, admitted that he had watched Cavendish “as a kid”, with the Slovenian adding, “What he is doing now, is really crazy. All respect to him”.