Multiple arrests in Almeria for growing over 700 marijuana plants 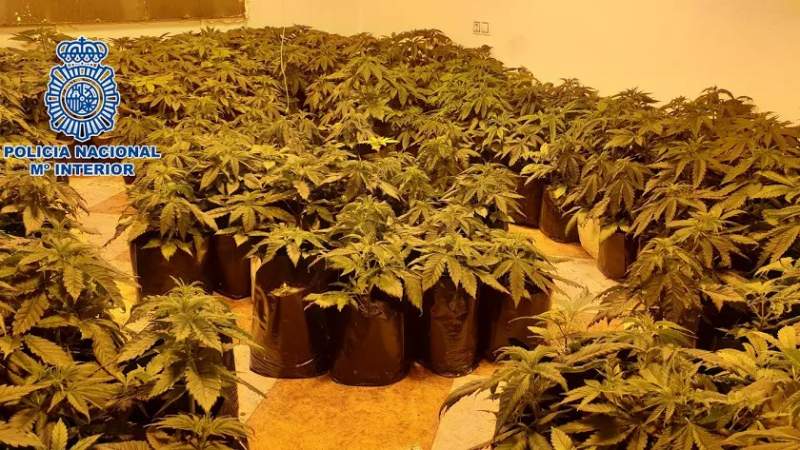 Multiple people have been arrested in Almeria’s Pescaderia neighbourhood for growing over 700 marijuana plants, and possessing illegal weapons.

Officers from the National Police Force in Almeria have arrested 10 people who were discovered growing marijuana in homes located Almeria’s Pescaderia neighbourhood. The people have been accused of multiple crimes.

The arrested people have been accused of possessing illegal weapons, a crime against public health and defrauding the electricity company.

Police are cracking down on the indoor cultivation of marijuana across the Almeria province. Officers from the Provincial Police Station of Almeria carried out searches in four properties as part of their investigation. The properties were located in Calle Capitan Casinello, Calle Encuentro and Calle Reducto.

As part of the search operation officers discovered 712 marijuana plants and 5,267 grams of marijuana buds. They also discovered multiple items related to growing marijuana and a BB gun too, during the search.

The crimes are related to a family clan who are dedicated to growing illegal substances, specifically marijuana. The family had been living in the same property where the plants were being grown. The family also had other homes located nearby where they were also growing marijuana illegally.

The electric company Endesa have checked out the four properties. They discovered that all of them had illegal connections to the electricity grid as none of them had their electricity consumption recorded on a meter.

For the past few years Endesa have been working alongside Almeria’s National Police to stop the ongoing problem of illegal electricity connections. This is considered to be a crime against public health and also an issue for public safety. An illegal connection to the grid is a fire risk not only for the homes with the connection, but also for other people in the area.

The people who were arrested by the officers have been handed over to Almeria Magistrates’ Court number three, as reported La Voz de Almeria.