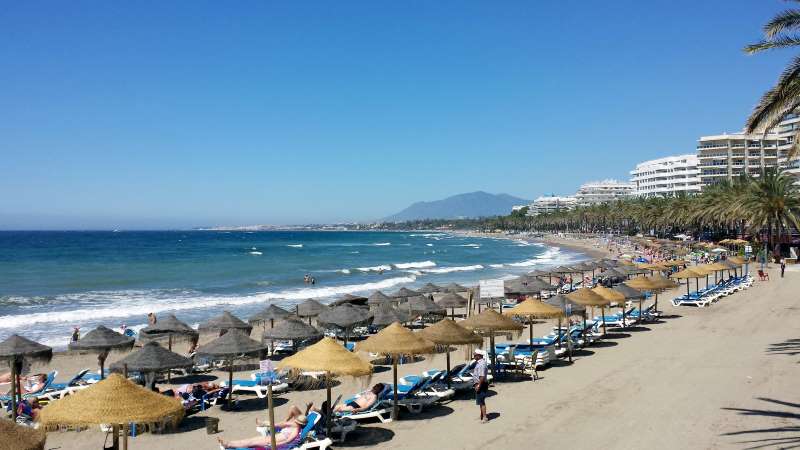 There appears to be strong evidence that advance hotel bookings for August are on the rise in the Costa del Sol.
According to information released by the Association of Hotel Entrepreneurs (Aehcos), occupancy across the Costa del Sol for August stands at 62.3 per cent.
Three major Costa del Sol destinations, Malaga Capital, Marbella and Torremolinos are now already at more than 63 per cent capacity.
Jose Luque, the head of Aehcos, said it was: “an improvement in the evolution of reservations and an increase in demand for the Costa del Sol, which we hope may rebound even more in the near future, in order to at least offset the losses caused by the restrictions of countries like the United Kingdom during the last months.”
The move by the UK government to allow vaccinated nationals to fly back without quarantine from amber list countries, including Spain, has reportedly sparked an increase in bookings on the Costa del Sol.
Many had hoped that Spain would be placed on the green list but recent significant increases in infection across the Costa del Sol has made this now seem unlikely.
If we are to see a continued turn around in the economy of the hospitality industry as more tourists means more income for hotels, bars, restaurants, shops, taxis and much more, we need to ensure that those living here continue to observe social distancing and hygiene measures.
We have all suffered so much to get where we are now to see it all ruined by irresponsible or thoughtless behaviour and as it becomes easier to obtain vaccinations even without prior appointments, it has to be the sensible thing to do.
Looking forward positively, Nerja, one of the Costa del Sol´s most popular tourism destinations, is now set to have the highest hotel occupancy rates following an increase in interest and bookings by travellers to the area.
Marbella currently has 33 hotels open, followed by Benalmadena with 26, Fuengirola with 16, and Estepona and Mijas with eight with many more hotels along the coast as well as in Malaga Capital open and ready for business.
If things do go well and the rate of infection starts to drop, Aehcos previously forecast as many as 750,000 tourists in August bringing in around €100 million with up to 30 per cent of holidaymakers coming from the UK.
Thank you for reading ‘Advance hotel bookings for August are on the rise in the Costa del Sol.’