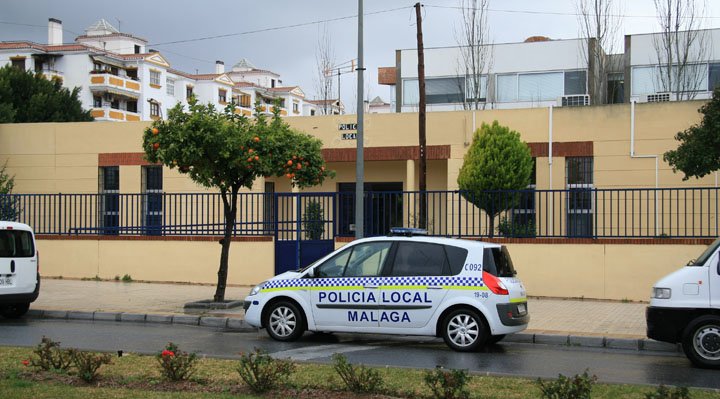 Police have arrested three people after a Malaga man was kidnapped, threatened and stabbed.

The man was stabbed but not seriously injured after the Malaga kidnapping which saw three people arrested.
The incident took place when the 45-year-old man was walking in Malaga City when he saw three people he knew.
The men demanded he hand over his money and when he refused they threatened to kill him, before beating him and stabbing him.
The group also stole his phone and credit card, demanding he give them more money.
The man managed to get away from the gang, however and was found by a passer-by covered in blood before calling in the police.
Officers from the Malaga Local Police brought in health workers to deal with the man’s wounds while going out to search for the three suspects.
Three Spanish men, between 39 and 43 years old, were found shortly afterwards nearby, however police did not find any of the man’s stolen belongings on them.
Officers did find a knife they say was used to stab the man, however, and arrested the men.
The news comes after a man escaped in a car with his victim after being seen beating her in Almeria’s Laujar De Andarax.
The man was spotted by several people beating the woman inside the vehicle.
The shocking incident happened on July 11 when several people from the town of Laujar de Andarax in Almeria spotted a man and woman inside a car. The man was seen beating his victim in a parked car.
The people quickly tried to help the victim but the man reacted violently. He sped off at high speed with the victim sadly still being inside the car.
Guardia Civil officers started an urgent investigation but they were unable to discover the victim’s identity. Initially they found it impossible to locate the man at any of the places that he usually visited or at his home.
The officers started their investigation by identifying the vehicle which had been spotted. They were then able to come up with a search plan to check the owner’s home along with hotels and campsites and other locations where he could possibly be. Officers were finally able to locate the man near the home of one of his ex-partners, as reported Almeria 24.
The victim was considered to be at risk and officers carefully gained access to the house. They discovered that the woman was being held by the man against her will. She had also suffered from a series of injuries which were said to be serious following the incident in Almeria.
The woman received first aid from the Guardia Civil officers and then she was transferred to the Poniente Hospital.
The man has been arrested for illegally detaining the woman and for gender violence. He will be dealt with by a court in Almeria.