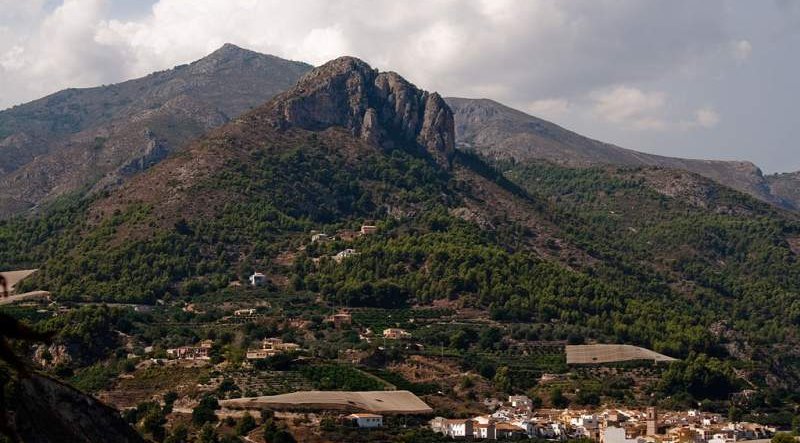 Covid-free THE Valencian Community still has 17 municipalities where no Covid cases have been reported since the pandemic began.  Six of them – Benifato, Benillup, Bollulla, Famorca, Guadalest and Confrides – are located inland in Alicante province.  All have small populations and Bolulla with just 418 registered inhabitants is the largest.
Joined up ALL the proposals for remodelling Altea’s town hall square and improving the footbridge that connects it with Avenida de Valencia are on display outside the town hall building. “We wanted the public to see all the submissions, not only the winning design,” explained Town Planning councillor Jose Orozco.
Stay home CALPE town hall took steps to prevent large gatherings, particularly of young people, for “botellon” drinking binges.  The Borumbot beach will  now close at midnight and access to the Sierra Olta’s camping area will be closed off as both are popular meeting places for the banned outdoor sessions.
Tough route A 47-YEAR-OLD woman descending Benitachell’s steep Els Testos cliff path became dizzy and started vomiting when she found herself unable to continue or return. Emergency Services alerted firefighters, Proteccion Civil and the police who helped her return to the top where a nurse confirmed that she was unhurt.
Summer chore GANDIA’S Fishing Guild will remove jellyfish from coastal waters until September 12.  This will bring in extra earnings for the 16 boats that have agreed to take part in the scheme while ensuring that the tourist beaches will remain free of jellyfish, Fisheries councillor Miguel Angel Picornell explained.
Extra doses THE Valencian Community will receive an extra 100,000 anti-Covid vaccines.  This will compensate for jabs for persons not on the Padron or visitors from other regions who arranged to be vaccinated while staying in Alicante, Valencia or Castellon for more than four weeks but less than six months.
Exports up ALICANTE firms exported goods worth €2.463 billion during the first five months of this year, 17.8 per cent more than the same period in 2020 and also outstripping pre-pandemic 2019.
Going higher CALPE’S Partido Popular-Ciudadanos coalition voted in favour of granting planning permission to four-storey buildings on the fringe of the Old Town where only two floors have been allowed until now.
Safe place TEULADA-MORAIRA is providing Puntos Violeta (Violet Points) in locations throughout the town that include pharmacies, public libraries and the Tourist Office where victims of sexism can seek help and advice.
Walk free THE Valencian Community’s Ombudsman announced that pedestrianising Denia’s Calle Marques de Campo did not infringe constitutional rights, as claimed by a resident who lodged a complaint against the town hall.