Alicante set to name street after one of Alicante's best sportsmen 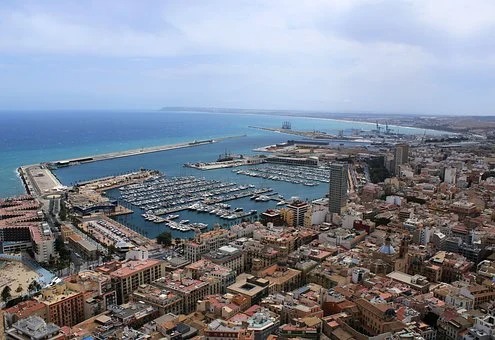 Alicante set to name street after one of Alicante's best sportsmen Credit: Pixabay

Alicante are set to name a street after one of Alicante’s best sportsmen, handball player Jose Luis Soriano “Poli”.
Councillor Antonio Peral is supporting the initiative which has been promoted by the Club Deportivo Sporting Salesiano, now named CB Eon Alicante.
The council in Almeria plan to recognise the Alicante handball player by naming a street after him. The street is located between the “José Rico Pérez” stadium and the back of the “José Pitíu Rochel” Sports Pavilion.
Peral said: “this street has been chosen because of its proximity to the Central Pavilion “Pitiu Rochel” where Poli played for so many years, achieving the greatest feats in the history of Alicante sport. It is, without doubt, a very well-deserved recognition”.
Poli spent many years in this area bringing glory to handball in Alicante. The move has the support of the council. The initiative is promoted by the CB Eon Alicante club who this season will play in the Silver division. The club wants to see Alicante handball recognised on a national level.
The club said that Poli, as he is known by the handball world “has been a key player in the history of Alicante and national handball”. He has played for three of the most important Alicante clubs for 18 seasons. He has played for Obras del Puerto, Calpisa and Tecnisan. He also appeared as a Spanish international on multiple occasions when he was a junior.
Poli has spent his entire sporting career in Alicante. The club highlighted that “during his sporting career, he never left Alicante and combined his dedication to elite handball with his job in banking”.
The petition to name a street after Poli is based on the fact that “despite his status as an Alicante native, we think that, for the moment, there has been no social recognition of a figure who has given the city so much sporting success. We believe that dedicating a street to him could be the best symbol of gratitude to one of Alicante’s best sportsmen. A detail that will remain permanently in the sporting history of the city of Alicante”.
Approval of the street naming would have to go through several levels of approval though, concluding with the Junta de Andalucia having final approval.