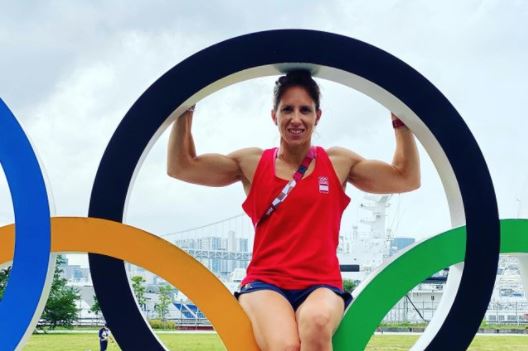 This is Portela’s sixth Olympic Games and she has finally won a long-awaited medal. She brought home silver in the K-1 200 canoe sprint event. She was born in 1982 and tried out many sports when she was younger but soon opted to pursue canoeing.

The 39-year-old Galician said: “I had been fighting for this medal for many years”,

“The last I thought when I was at the start was what my daughter said to me before I left here: ‘Mummy, I hope you win’. And I have won. I feel like I fought and persisted,” she added.

The gold was taken by New Zealand’s Lisa Carrington, which was her third gold medal in a row. Meanwhile bronze went to Denmark’s Emma Aastrand.

This is the eighth medal that the Spanish team have won at the Tokyo Olympics and it is hoped that they will win many more.

Portela first made an appearance at theOlympic Games in Sydney 2000, at the young age of only 18 years old.

In other Olympic news, Piers Morgan says Tom Daley knitting during the springboard final proves ‘no one cares about these Olympics’.

Tom Daley finally won his long-awaited gold medal but Piers Morgan has hit back at him for knitting during the women’s 3m springboard final in Tokyo. The former Good Morning Britain star Piers, has criticised the Olympics repeatedly and this is just his latest dig, which he believes backs up his stance that no one cares.

The Olympics are just not the same due to the lack of spectators, something that Piers has commented on. Social media has greeted Daley’s knitting antics with a light-hearted reaction, and the gold medallist claims that it keeps him “sane”.

During the spring board final Daley was spotted knitting with purple wool and Piers said that this means that “nobody cares” about this year’s Olympic Games.