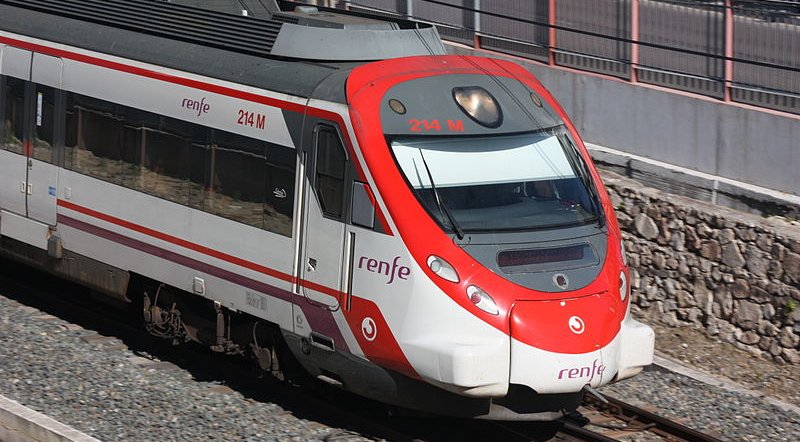 A SHORTAGE of drivers in Malaga province sees Renfe suspend up to 26 Cercanias trains, as the CGT union calls a strike

Right in the middle of the Costa del Sol’s summer season, the railway sector is suffering from a major problem with a shortage of train drivers, with up to 26 Cercancias trains cancelled today, Thursday, August 12, with the CGT union calling another strike as a result.
A strike was called at 12 midday by CGT, staged at the intersection between the station esplanade and Heroes de Sostoato, with the union demanding an increase in the number of railway professionals and better terms, with today’s action causing the interruption of 16 more trains.

Renfe acknowledged that the vast majority of trains running on the Malaga-Fuengirola route circulated normally, and in addition, explained that the affected passengers really only had to wait for the next train service, which means, “in the worst-case scenario, a delay of 20 minutes”, while apologising to passengers the situation.

It has been reported that the 11.45am Cercancias train at the Maria Zambrano station was quite crowded with passengers, and users with suitcases, and that the cancellation of the 11.30am train caused people to congregate on the railway tracks, something clearly not recommended in closed spaces given the epidemiological situation.

CGT points out that in the last four days, 56 Cercanias trains have been suspended, which together with those of this Thursday add up to 82, stating, “Given the extreme railway emergency situation, from CGT we continue with pressure measures, so that society is aware of the very serious attack on the right to mobility of citizens that has been taking place”, adding that the current strike could last until next Tuesday, August 17.

“CGT will continue to demand, with the legal means at its disposal, that the number of railway professionals is increased, to be able to handle the existing workloads, that the Alora station not be privatised, and to immediately replace all commuter trains, Middle distance and AVE that ran until March 13, 2020”, concluded the union spokesperson, as reported by malagahoy.es.