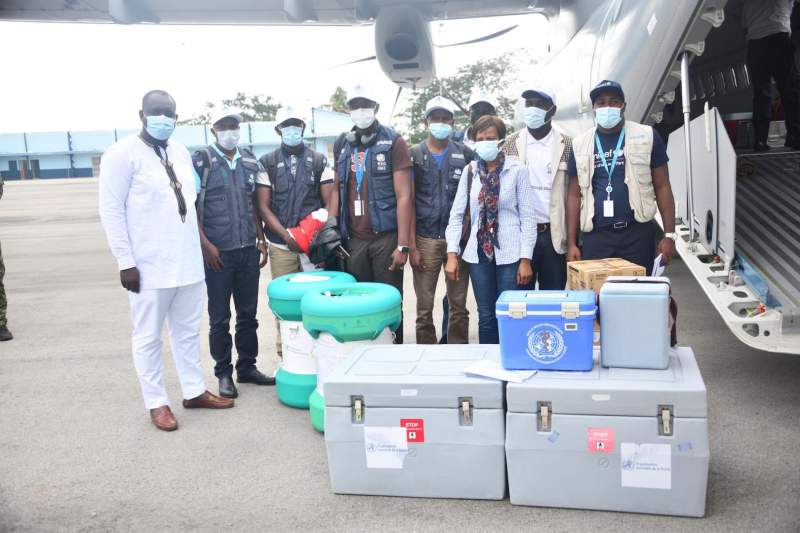 Cote d’Ivoire has launched Ebola vaccination of high-risk populations, including health workers and first responders in Abidjan, where an Ebola outbreak was declared on 14 August.

The country was able to swiftly begin the vaccination on 16 August with the rVSV-ZEBOV Ebola vaccine manufactured by Merck as the vaccine doses that the World Health Organization (WHO) helped secure to fight a four-month long outbreak in Guinea were sent quickly by Guinea to Cote d’Ivoire.

The vaccine deployment from Guinea included 2000 doses from Merck that are being used under the “ring strategy” where people who have come into contact with a confirmed Ebola patient are given the vaccine, as well as first responders and health workers. In addition, Guinea sent around 3000 vaccine doses manufactured by Johnson & Johnson which are to be used to boost the vaccination in areas not experiencing active transmission.

Guinea has also deployed five vaccination experts and provided monoclonal antibody treatments to Cote d’Ivoire, which declared an outbreak after confirming the Ebola virus in a patient who travelled to Abidjan by road from Guinea. The patient is currently receiving treatment at a hospital in Abidjan. Effective early treatment, which currently exists, and supportive care can significantly improve chances of surviving Ebola.

“The Ebola vaccine is a critical tool in the fight against the virus and so it’s a top priority to move rapidly and start protecting people at high risk of the disease,” said Dr Matshidiso Moeti, WHO Regional Director for Africa on August 18.

“The speed with which Cote d’Ivoire has ramped up vaccination is remarkable and shows that with effective sub-regional solidarity we can quickly take measures to extinguish lethal infections that can potentially flare up into large outbreaks.”

In addition to the confirmed case, one suspected case and nine contacts have been identified and are being monitored. No deaths have been reported. There is no indication yet that the current outbreak in Cote d’Ivoire is linked with the one that was in Guinea. Further analysis and genomic sequencing will help determine any connection.

To support Cote d’Ivoire’s efforts to control the outbreak, the first since 1994, WHO is deploying experts to join their country-based counterparts to help ramp up infection prevention and control, diagnostics, contact tracing, treatment, community mobilization and cross-border surveillance. The Organization is also assessing whether additional vaccines will be needed to curb the disease.

In Guinea, the health authorities are stepping up surveillance, carrying out further investigations, identifying contacts in readiness for vaccination and readying an Ebola treatment centre.

Since the Ebola outbreak was declared in Guinea earlier this year, WHO has been supporting six countries, including Cote d’Ivoire, to prepare for a potential outbreak. This included support in disease surveillance, screenings at border crossing points and in high-risk communities as well as setting up rapid response teams, improving testing and treatment capacity and reinforcing community outreach and collaboration.

The outbreak in Cote d’Ivoire is the third this year after the Democratic Republic of the Congo and Guinea.