Moreno highlights the support of the Board to the wine sector 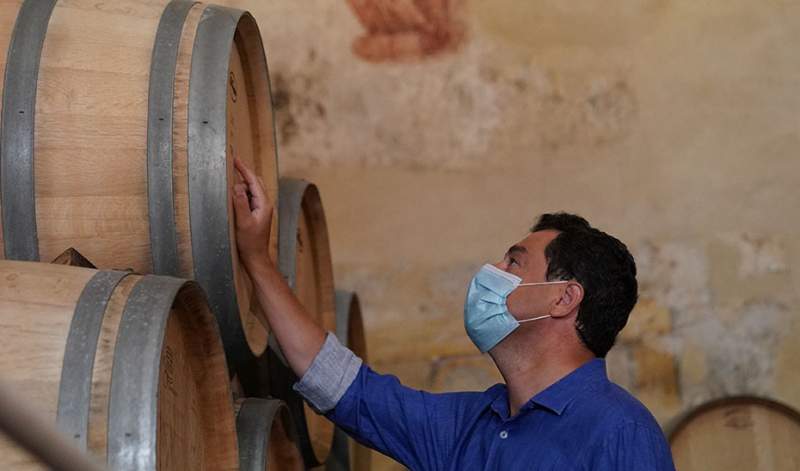 The president of the Board contemplates one of the barrels installed on the farm.

THE President of the Board, Juanma Moreno, has highlighted the Andalucian Government’s commitment to the wine sector.

Moreno highlighted that the wine sector is defined as a key element for the economic development of the region and Andalucia, at the same time, it has influenced the importance of modernising the agricultural sector and place it in the best starting position for the future.

Moreno, who has visited the Descalzos Viejos Wineries in Ronda, has pointed out that the Protected Designation of Origin “Sierras de Malaga” already has 533 registered winegrowers, 41 wineries and more than 6 million businesses reaching the province of Malaga exporting €1.8 million in wines to international markets in the first four months of this year.

Moreno alluded to some of the initiatives that are being carried out from the Board, including the aid for an amount of €2 million for the wineries of Ronda and almost €6 million for the whole of Andalucia with the aim of modernising its facilities and making products more competitive.

Moreno referred to the importance of having good infrastructures that support the commercialisation of products and has regretted the deficit that Ronda suffered, for which he has insisted on the need for a link in the entire interior area that connects with Malaga, as well as with the main nodes of Andalucia.

“The design study for the construction of the highway between Malaga, Ronda and Campillos has already been awarded for €200,000, which includes its environmental impact study”, he said.

He stated that this highway, together with many other actions in road infrastructures, will also serve to promote wine tourism and tourism that is related to nature.

“From the Andalucian Government, we are making an enormous effort in terms of infrastructures to place Ronda in the leadership of the tourism, agro-industrial, social and economic sector,” he concluded.