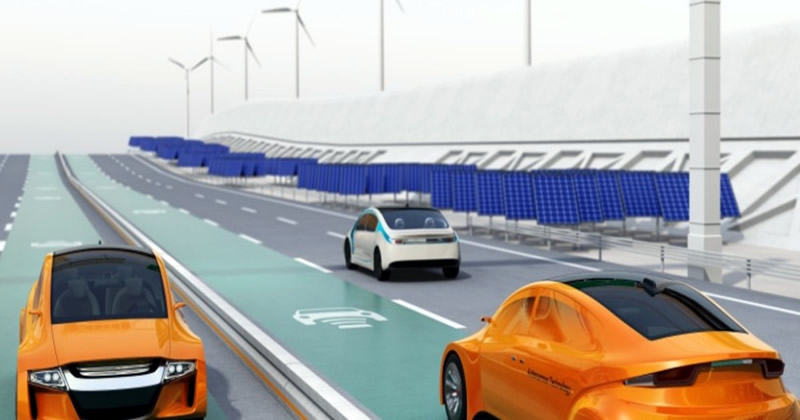 REVOLUTIONARY new technology could see electric cars picking up a charge from the road surface as they are driving, thanks to a German firm

A German firm called Magment is developing a system that will allow electric cars to get their batteries charged as they drive along the road, with a new wireless technology that is being pioneered, and it might be rolled out soon in the US state of Indiana.
Mauricio Esguerra, CEO of Magment, said of the system under development, “This project is a real step forward towards the future of dynamic wireless charging, that will undoubtedly set the standard for affordable, sustainable, and efficient transportation electrification”.
With one of the main drawbacks to the use of electric cars as yet being the autonomy, and the charging times, The Indiana Department of Transportation (INDOT) has decided to deal with this factor head-on, and is going to start by burying electrified wire coils along the road surface that create a magnetic field, in a similar way to how wireless charging stations for mobile phones and tablets are designed.
For this system to be effective, cars will then need to have a receiver coil installed, which would collect the charge from the road surface as they travel along it, becoming magnetised and drawing electricity from the coils themselves, and according to Magment – the German firm that has been contracted to design and install this technology – work could begin as soon as late summer.
Expected to take three phases, the work will begin in late summer, according to a statement from the contracted German firm in charge of designing and installing the technology, Magment.
With copper prices currently being very expensive, Magment has come up with the idea of using recycled ferrite, which, according to Singularity Hub, their researchers believe can help their system “achieve transmission efficiency of up to 95 per cent, and be built at standard road-building installation costs”, with two laboratory tests planned to take place, which, if successful, could see the start of production quite soon.
In a testament to how rapidly technology is advancing in the field of electric vehicles, researchers working on charging roads at the University of Cornell had claimed only recently that such technology would not be available for another five to ten years, and yet, here it is, almost upon us!
In Sweden, they already have a system in place in their road network where an electric arm connected to the undercarriage of vehicles draws power from electric rails that are embedded in the road surfaces, while an Israeli firm called Electreon, in association with Volkswagen, has developed a charging system on roads between Milan and Brescia in Italy, that produces a charge of 70kW/h.
While in Germany, Siemens is in the process of developing a scaffolding of cables and wires that run overhead outside Frankfurt, above a three-mile stretch of road, that will allow cars to receive a charge, in a system similar to that in which trams collect their power supply, as reported by goodnewsnetwork.org.