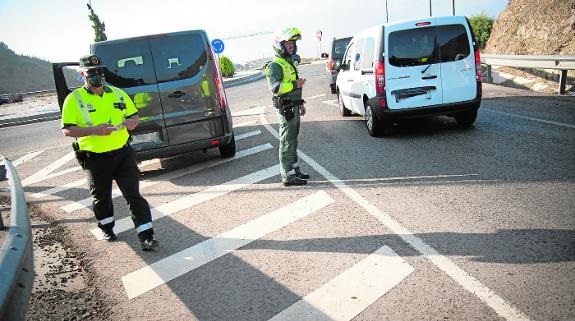 There will be a mass exodus of holidaymakers making their return trips to homes all over Spain today, Friday, August 27.

The General Directorate of Traffic (DGT) plans to launch today at 3.00pm and ending at 12.00pm on Sunday August 29, a special traffic operation called the ‘Return of Summer’, in which it estimates that there will be 118,000 long and short trips on the roads of Granada, approximately 12% of those are planned for the roads of Andalucia (1,000,000) – a staggering amount of traffic.
According to the forecasts of the DGT, this weekend the long-distance trips in the return direction will coincide with those in the exit direction due to the proximity to the holiday month of September, especially towards second residences in coastal areas, this is in addition to the usual trips taken over the summer weekend.

In order to ensure road safety and facilitate fluidity on the roads, the DGT will deploy in the eight Andalucian provinces officers the Traffic Group of the Guard Civil, as well as personnel assigned to the Traffic Management Call Centres.

At the same time, two helicopter patrols and four drones will cover the main routes used by vehicles throughout the community, with special vigilance at the points where incidents are likely to occur, areas in which ‘Traffico’ will also mobilise speed and radar detectors to monitor and control the hundreds and thousands of motorists.
Also, the DGT has said it will deploy other types of measures such as the installation of additional and reversible lanes, the restriction of special transport vehicles, the stoppage of certain road works from 1.00pm on Friday to 12.00pm on Sunday or the application of alternative routes – a refresh on Google maps may be necessary to circumvent any hold-ups.