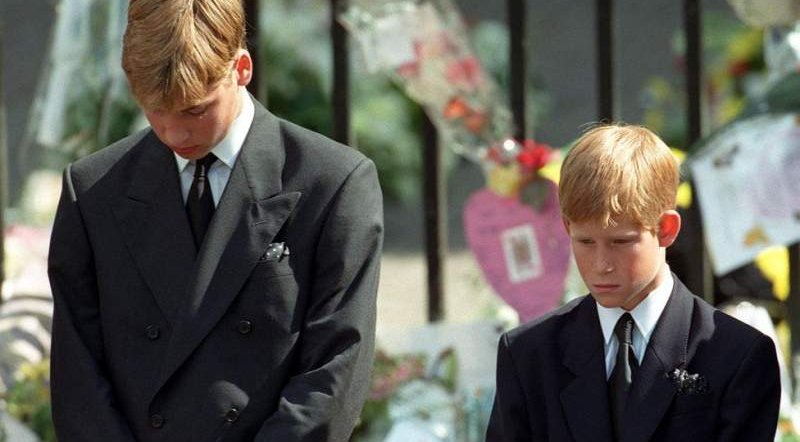 Prince Willam has said to friends that he is ‘heartbroken’ that his brother Prince Harry will miss the anniversary of their mother’s death.

It has been a yearly tradition that Prince William and Prince Andrew get together to remember their mother Princess Diana’s death in a car crash in Paris on August 31, 1997.

Despite the brothers spending previous anniversaries together remembering precious moments with their late mother, it is now highly unlikely that Prince Harry will be in attendance or even involved for this year’s occasion since relocating to the US.

Instead, Prince William is set to spend the s day reflecting on his beloved mother’s death with his wife Kate, Duchess of Cambridge and three children.

The Duke of Cambridge is said to want Prince George, Princess Charlotte and Prince Louis growing up to know “who she was and that she existed”.

Over the past 23 years, the brothers have marked the occasion in significant public ways, including a memorial service on the 10th anniversary and the commissioning of two documentaries about Diana for the 20th anniversary.

So far there has been no comment from Prince Harry, who now lives in Montecito California with his wife Meghan and two children, on the matter.

News of Prince Harry’s upcoming memoir, set for release in 2022, apparently isn’t going over well with the royal family.

In a recent interview, royal expert Katie Nicholl says that the Duke of Sussex’s decision to publish the tell-all book certainly isn’t helping the ongoing alleged feud with his brother, Prince William, and father, Prince Charles.

The book follows Harry and Meghan Markle’s explosive sit-down with Oprah Winfrey earlier this year, and various interviews since in which the couple has put the royal family on blast.