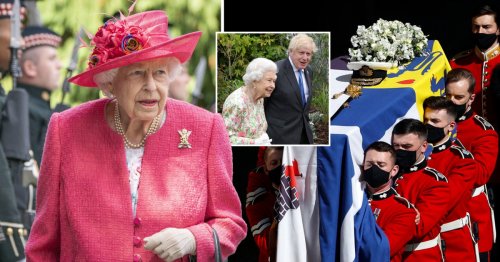 Hunt launched for ‘traitor’ as Queen’s funeral plans leaked to media- her Majesty is NOT amused.

Furious Buckingham Palace staff have launched a hunt for the ‘traitor’ who leaked detailed and classified papers for the plans after the Queen’s death, according to reports from The Mirror and other national newspapers.

The plans for what happens after the Queen’s death were leaked to the world and is presumed to have come from Whitehall, sparking a hunt by furious palace staff.

Top officials are said to be on the warpath and are investigating the publication of the Queen’s funeral plans by the political website, Politico. An insider at the palace said that the leak, presumed to have come from Whitehall, could well lead to an official government probe.

An updated version of the plans, dubbed Operation London Bridge, was revealed to have been updated with Covid-19 considerations implemented and instructions on what royals should post on social media.

It covers the 10 days that will follow her passing, up until her state funeral.

The queen, who is 95 years old, is in good health by all accounts and there is no suggestion these plans have been revisited with any urgency. They are, however, the latest plans drawn up by the Cabinet Office for Operation LONDON BRIDGE, and include discussion of the coronavirus pandemic.

The documents show the extraordinary level of action required by all arms of the British state, including a vast security operation to manage unprecedented crowds and travel chaos that could see, in the words of one official memo, London becomes “full” for the first time ever.

They reveal plans for the prime minister and his Cabinet to meet the queen’s coffin at St. Pancras station, and for the new King Charles to embark on a tour of the U.K. in the days before the funeral.

The details of the schedule for the 10 days between the queen’s death and her funeral range from the banal to the ridiculous. In one document, Downing Street raises concerns it would face a wave of public anger if it cannot lower its flags to half-mast within 10 minutes of activation and may have to rely on an external contractor. In another, it’s decided retweets will be banned across Whitehall departments unless cleared by the government’s communications chief.

One royal source said: “It is deeply disturbing that such private information, which is not only deeply personal to the Queen but also has widespread security implications, has been revealed.”