Cordoba driver with no ITV, expired license, tests positive for alcohol and drugs 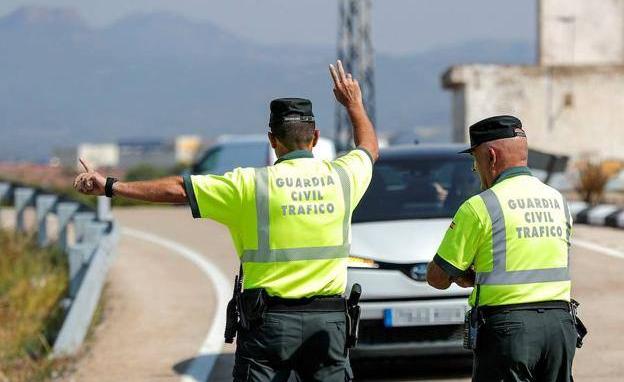 Cordoba driver with no ITV, expired license, tests positive for alcohol and drugs.

A DRIVER who fled a police control in Cordoba province was subsequently found to be under the influence of alcohol and drugs, while having no driving licence or ITV

A 42-year-old man was arrested by the Guardia Civil in Cordoba province during the early hours of August 29, who subsequently tested positive for drugs and alcohol, and stands accused of several crimes against road safety after failing to stop at the request of the police, and fleeing at high speed in a reckless manner.

He faces a possible prison sentence of between six months and two years if found guilty, with the loss of his driving licence for between one and six years for the reckless driving charge, plus a possible three to six months in prison, a fine, or community service of 31 to 90 days, along with the loss of his licence if found guilty of driving under the influence of drugs and alcohol.

On top of these charges, the man was also found to be driving with an expired licence, and not having the compulsory ITV inspection on his vehicle.

As reported in a press release by the force, this incident occurred whilst the officers were conducting an alcohol and drugs control at Km 7,500 of the CO-3404 highway between Cordoba and Trassierra, where the vehicle reportedly turned and fled at high speed, overtaking vehicles on corners on sections of the road marked with a continuous white line, and with ‘no overtaking’ signs installed.

His attempted escape clearly created a serious danger to both the occupants of the vehicles ahead of him, and those that travelled in the opposite direction, with one driver having to brake abruptly and swerve to his right to avoid a head-on collision, as testified by the Guardia Civil officers later.

Immediately afterwards, another patrol of the Guardia Civil Trafico mounted an operation on this road to stop the offending vehicle, and upon spotting him, the offender abruptly stopped his vehicle at 1,500km up the road, and started a cross-country escape on foot, but only managing to run 300 metres before being intercepted by officers.

After performing the mandatory alcohol and drug test on the investigated, he gave a positive result of 0.58 mg/l of alcohol in exhaled air, and the tests sent for drug detection are being analysed, as reported by elmira.es.