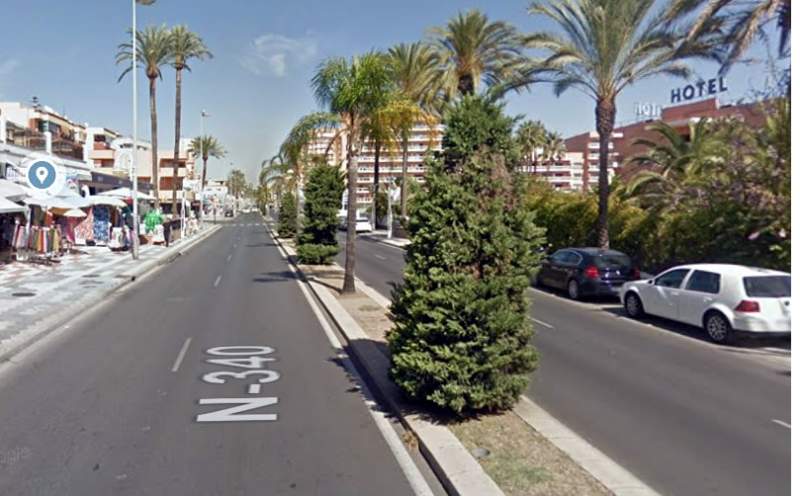 The Partido Popular in Benalmadena has arranged a protest in Plaza Solymar in the town today, Thursday 9, where, as announced by the vice president and municipal spokesman, Juan Antonio Lara, they will collect signatures in protest against the Town Hall’s proposal of removing the median of the Avenida Antonio Machado, between 10am and 2pm, an initiative they hope to do every week.
Mr Lara said the political party’s action comes as a result of having seen the file this last Tuesday that relates to the proposed median elimination, saying that they “have been able to verify after analysing part of the breakdown of the project and its next actions”, and that it was observed that the removal of the median was a part of the test plan formulated by the mayor, Victor Navas, and that the work of demolishing the median will be put out to tender.
It was pointed out by the PP that the mayor had “recently posted a photo of his project in tests on the coast, where you could see how in the infographic the median had already been eliminated, generating a barrage of criticism from citizens after discovering the contradiction”.
These situations demonstrate that both the mayor and the rest of the government “are not telling the truth to the citizens in this matter, which seems festering for the bipartite, since in the last plenary session not only did they not confirm these suspicions, but it was alleged that this information was incendiary by the PP to generate controversy in the population,” they also pointed out.
The PP claims this constitutes a “poor political planning, and lack of management when prioritising actions to improve our coastline”, while highlighting “the damage to mobility and quality of life of residents living on the coast”.
Finally, Juan Antonio Lara said that “the residents of Benalmadena do not deserve a mayor and a government that lies to them, since they knew perfectly well that they were going to eliminate the median and refused to confirm it in the Plenary”, adding that “the PP will continue to stand by the neighbours to demand an immediate rectification and reconsideration of this initiative”.
“A mismanagement that has been able to raise a strong neighbourhood movement against the single lane, where the mayor and his inability to listen to the city will be the maximum responsible for the demonstration scheduled for Sunday morning at 12”, he concluded,  as reported by malagahoy.es.