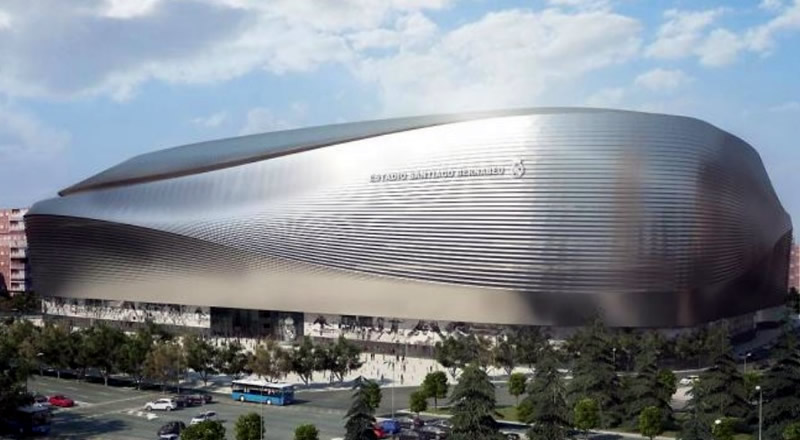 Real Madrid’s new Santiago Bernabeu stadium is ready to host matches again from this Sunday, September 12, when Celta de Vigo will be the visitors

After a break of 560 days, this Sunday, September 12, Real Madrid will return to play at the new Santiago Bernabeu stadium, where their last opponents had been FC Barcelona, a match which resulted in a 2-0 victory for Los Blancos.
Since then, a massive refurbishment operation has been underway on the world-famous football venue, and although the work is barely 50 per cent completed, the club’s hierarchy has decided that sufficient work has been done to allow the ground to be used again for competitive games, with the actual official opening date speculated to on December 14, 2022.
This means that on Sunday, Celta de Vigo will be the first team to play inside the new stadium, which has already had its pitch laid, erected the goalposts, and all other requirements needed to ensure matches can take place, with 20,000 fans being allowed to attend this new page in the story of this iconic stadium’s history.
While the pandemic has disrupted almost every business in Madrid, it has actually allowed the club to carry out the transformation in a different manner, and made it easier for the construction plan to be implemented, although the project has not gone at a faster speed, with the monumental task of a retractable pitch from a depth of 30 metres being undertaken.
On December 14, 1947, the Santiago Bernabeu stadium was inaugurated when a friendly was played between Real Madrid and the Portuguese Os Belenenses, so it would make complete sense to celebrate the opening of the ‘New Bernabeu’ on December 14, 2022, which would be the 75th anniversary of that date, but, there is a conflict, as four days later, on December 18, 2022, will be the final of the Qatar 2022 World Cup.
With full optimism, club chiefs are thinking that many of their players will be on duty on that date in Qatar, contesting the final, so it is believed that there will be an institutional celebration at the stadium on that date, and once the World Cup is finished, a date will be confirmed for an official grand opening, as reported by 20minutos.es.