Valencia in Spain hit by intense rain and floods 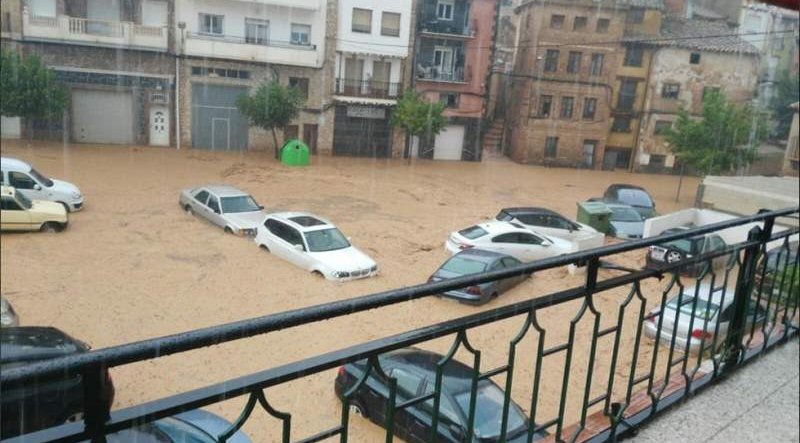 Valencia in Spain has been hit by intense rain and floods with rubbish bins floating through the town centre.

Valencia, the third-largest city in Spain after Madrid and Barcelona, has been hit by storms and heavy rain, forcing five flights to be diverted, flooded tunnels and homes and also some vehicles to be trapped.

One of the stormy fronts that swept the region yesterday (Thursday, September 16) left a heavy downpour in the city of Valencia, where it rained heavily for much of the afternoon and included numerous lightning strikes.

The storms also severely disrupted flights at Manises airport, according to the Spanish airport operator, Aena, the adverse weather forced the diversion of five flights that were going to land from Marrakesh, Mahón, Milan, Zurich and Hamburg.

The first four headed to the Alicante airport of El Altet and the last, to Ibiza. The towns of Cheste and Chiva in Valencia were two of the most affected. The paving was raised on streets in some sections and water had to be drained away from several homes. The hail fell for some time mixed with rain, according to an agricultural spokesman, it will be necessary to analyse the possible damage the weather inflicted on agriculture.

Three local policemen – one of them off duty – saved a woman who was trapped in a floodplain on the Camino del Anzul in Cheste.

The quick intervention of these professionals, who heard the desperate cries of help from the woman, prevented her from being swept away by the water. The officers managed to reach her with the help of a hose, supplied by neighbours, that was extended to reach her.