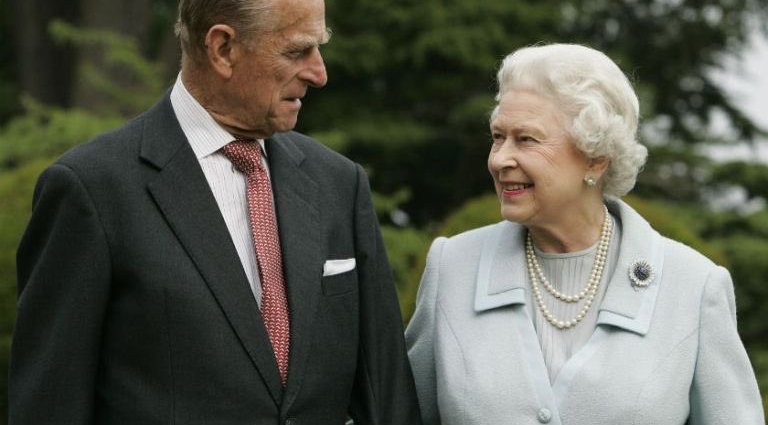 Prince Philip’s cheeky pranks would get him into trouble with The Queen, his grandchildren remembered fondly.

The Duke of Edinburgh loved playing cheeky pranks such as a game he played with a squeezy bottle of mustard that would leave the sauce on the ceiling, much to the annoyance of Her Majesty.

The couple also apparently both “loved” when things would go wrong on official duties, it has been revealed in a new documentary where over a dozen members of the Royal Family pay tribute to the late Duke.

Recalling the mustard game, Prince William said: “He used to take the lid off and put it in your hands… and then he’d squish your hands together to fire the mustard onto the ceiling.

“He used to get in a lot of trouble from my grandmother for covering most of the places we had lunch and things with mustard on the ceiling.”

Zara Tindall also lovingly recalled the mustard antics, saying: “I can’t remember exactly what he says but he ends up slamming your hands together…. It goes all over the ceiling.”

Her brother Peter Phillips said: “I actually think the marks are still there.”

“Both my grandparents love that because you can imagine, they’ve lived a life where everything has to go right the whole time and so when things go wrong, they both chuckle an awful lot. Everyone else gets mortally embarrassed. They love it”, said Prince William.

Laughing, Prince Harry echoed William’s thoughts, saying: “The two of them are going ‘Well I wonder if something’s gonna go wrong this year? How exciting’.”

In the new show, the Duke of Sussex described his grandparents as “the most adorable couple” who were “very much in love”.

Harry added: “More than anything I miss his humour but I miss him, I miss him more for my grandmother because I know how incredibly strong she was with him there. I also know that she’s gonna be ok without him.”