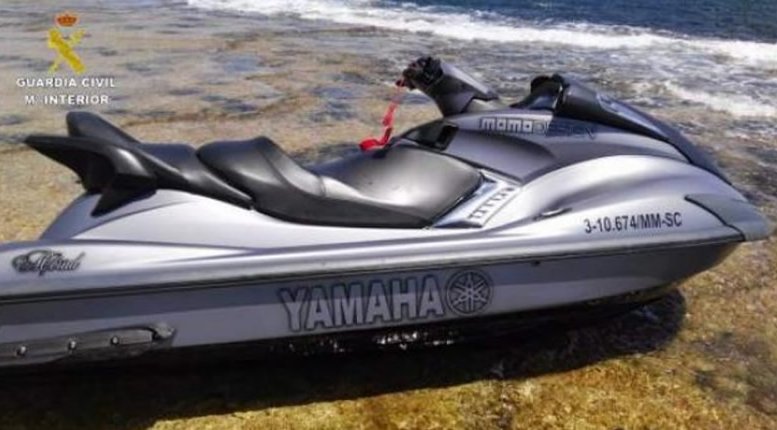 In a statement released by the ACAIP-UGT prison union, it is reported that three prisoners of Moroccan nationality who were serving sentences in Melilla prison have taken advantage of the fact that they were issued three-day prison leave permits, and fled to Morocco on jet skis, after withdrawing all the money that they had saved for their work in prison.

This union statement has criticised the granting of exit permits to inmates who had an expulsion order attached to their sentence, a situation that they consider represented a massive risk of violation of their sentences where they might be tempted not to return to the prison once the permit has been fulfilled, which is exactly what has happened.

Sources from Penitentiary Institutions have pointed out to Efe that the inmates left Melilla jail on September 13, after being granted a three-day permit, so they were due to return to the penitentiary again on September 16.

The union admitted that they found it “striking” that the escape took place by jet ski, and they suspect that the escape was planned in advance, as it was paid for with money earned in the prison, since they are inmates who were given jobs working while in the Melilla prison.

In the statement from ACAIP-UGT, it said, “The three prisoners withdrew all the money that they had accumulated, obtained by their work carried out for the penitentiary administration, the day they were released on leave, and put it in their pocket”.

A request has been issued by the union for the dismissal of the prison director, along with the opening of an investigation to hold people responsible for these events, although the prison authorities say an escape of this type during a prison leave is extraordinary, as they represent only 0.4 per cent of the total inmates in the prison, as reported by 20minutos.es.