Moreno demands a bilateral commission for dialogue with Andalucia 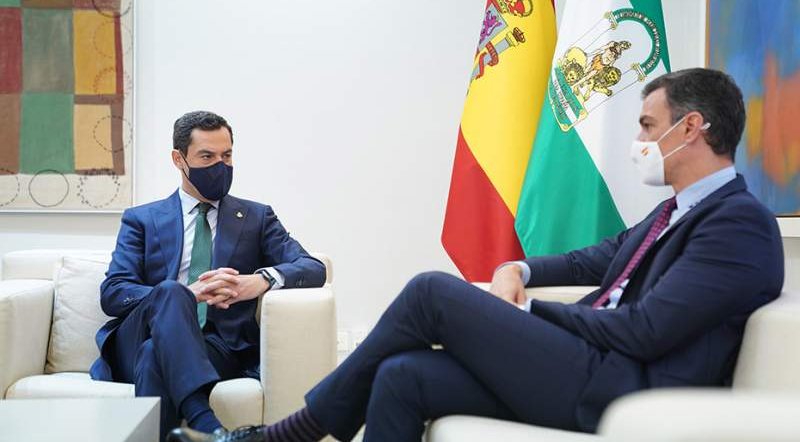 An emboldened Moreno demands Sanchez create a bilateral commission for dialogue with Andalucia.

The President of the Junta de Andalucia has written to Prime Minister Pedro Sanchez urging him to create a bilateral commission for dialogue with Andalucia. He is also insisting that Sanchez take part in the commission.
The missive comes as tensions between the autonomous community and the national government continue to rise over regional financing.
Moreno, and a growing cross-party coalition, say the current system which has been in place since 2009 is short-changing a number of regions across Spain.
Andalucia, Moreno claims, is missing out on €4 million every day and Madrid has as culminative debt to Sevilla in excess of €10 billion.
Moreno also alluded to the belief that Catalonia is receiving preferential treatment from Madrid in a sop to the pro-independence movement and Catalonian President Pere Aragones.
According to Moreno, the Statute of Autonomy of cooperation instruments form the legal basis to address issues of relevance to Andalucia, but they are “clearly insufficient” compared to “formulas that we have seen contemplated for other autonomous regions of Spain,” Moreno said on September 22.
On September 21, Moreno and the PSOE leader of Valencia, Ximo Puig, signed an institutional declaration calling for a new regional financing model which demands the government distribute funds by population. Such a model though would be dangerous for under-populated areas. However, Puig and Moreno maintain that the current model is deeply unfair to Andalucia and Valencia.
“We receive fewer resources and, therefore, we must allocate our budget almost exclusively to offering a quality public service, health, education and social services, to the detriment of investing in more infrastructure, innovation and technology,” said Moreno.