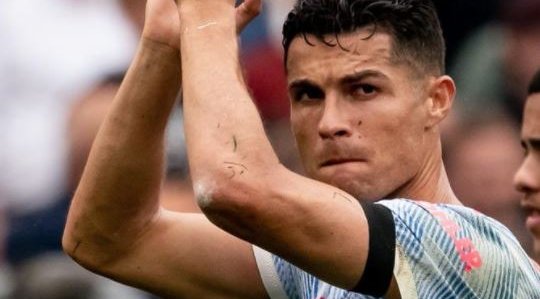 Cristiano Ronaldo’s driver leaves petrol station after nearly 7 hours with no fuel. It seems that even football stars are not immune to the current petrol crisis.

Ronaldo’s driver spent nearly 7 hours sat at a petrol forecourt. He ended up leaving though without adding a single drop of petrol to the tank of the £220,000 Bentley.

The Manchester United player’s posh ride was seen at a Shell petrol station not far from the star’s home. Even with the marathon wait, the efforts were in vain.

The Bentley driver was also joined at the forecourt by one of Ronaldo’s security team members in a Range Rover. This driver did not manage to get any petrol either.

According to reports both cars turned up in the early afternoon. It seems the drivers hoped that a tanker would visit the petrol station. The drivers waited nearly 7 hours before giving up and driving away. Many people across the UK are struggling to fill their cars up as the disruption continues.

Boris Johnson claims that the crisis is stabilising even though many people are still experiencing issues.

One source told The Sun: “Even with all Ronaldo’s money, he’s in the same boat as the rest of us.

“His security waited for hours obviously hoping a tanker would eventually arrive but they were forced to drive off.

“The two men looked so fed up waiting in the rain. Ronaldo might be housebound like everyone else if this keeps up.”