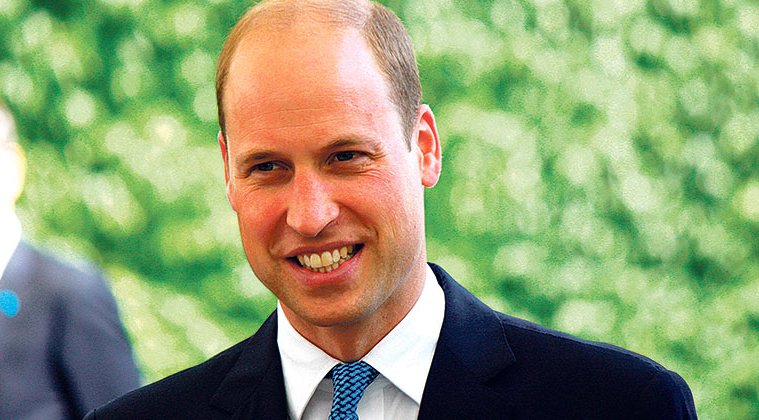 THERE are lies, there are damned lies, and then there’s a viral statistic claiming Prince William is the sexiest bald man in the world. The internet was recently awash with the headline-grabbing ‘study’ claiming the, err, ‘hairless heir’ is more attractive than Stanley Tucci and Vin Diesel. Who could be behind this astonishing verdict?

The answer is not, as some people wondered, Buckingham Palace’s PR department. Rather, the study was run by a medical tourism facilitator that connects UK patients with hair transplant surgeons in Turkey!

But here’s another ‘MOBO’ study (Masters of the Bleeding Obvious. OK, Illinois University) that found that drunk people are less likely to social distance than sober ones.

If only masses of photos of drunks falling over each other on Saturday nights had prepared us for this revelation! The physical distance between drinking strangers decreased by 1cm per three-minute interval, the study found, while those on soft drinks didn’t get closer at all. Amazing! Who’d have guessed?

According to yet another survey, 11 per cent of young adults believe Margaret Thatcher was PM during the First World War. If you think that’s bad enough, a 2015 survey claimed that 20 per cent of youngsters believe fish fingers are fingers from actual fish.

And then there are all these research ‘studies’. Household cleaning products are as bad for lung function as smoking claims one recent ‘study’. And was it just yesterday we were told processed foods cause an increase in various sorts of cancer? What doesn’t, it seems?

Modern living exposes us to a range of chemicals that wouldn’t have been present in primitive societies. But life expectancy in times past was much lower than today. On balance, the contemporary world, although it presents new dangers, offers us the prospect of living well beyond the biblical three score plus 10. Fortunately, few believe these scare stories in any case – we’ve been saturated with enough doom and gloom this past year.

Finally, in other news, researchers discover a link between The Pope and Catholicism. ‘Nuff said.