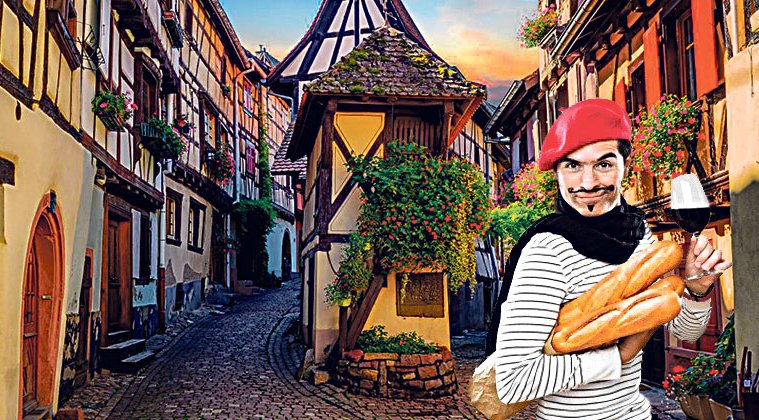 WE have much in common with our western neighbour Portugal but, across the Pyrenees, France is another world. Indeed, although located at the heart of western Europe, France is totally different from all its major neighbours and this is what makes it unique.

France is more advanced than Spain and better organised. Spanish history and culture have a significant Arabic influence and consequently so does its language, making it distinguishable from French. Italy has a grammatically similar language to French but, apart from the Alps and the Dolomites, is very much a southern country.

Spain and Italy suffer from an inherent culture of corruption and large regions are impoverished, compared with northern Europe and France. Neither Italy nor Spain is nearly as influential on the world stage as France.

Like Italy, Germany shares the Alps with France, but is nevertheless totally different. It has a bland coastline in the far north, totally different cuisine and a more pragmatic non-Latin mentality. Across the Channel, 34 kilometres from Calais, lies England – a different world, separated from continental Europe, physically, politically, culturally and gastronomically.

France is the only country in both northern and southern Europe, with greater varieties of climate, topography and landscape than its neighbours. In the north is the region of Brittany with its dramatic Atlantic coastline and glamorous Dinard, while delightful Alsace is a blend of all that’s best in France and Germany. Wonderful white wines to accompany the choucroute or onion tart, half-timbered architecture in Colmar’s Little Venice and exquisite villages among the surrounding hills.

Further south, towards the Swiss border lies the picturesque town of Annecy, another charming ‘Little Venice’ not too far from Mont Blanc. Then it’s down through the Alps to the Cote d’Azur. This is among the world’s most scenic coastlines from Menton via Antibes, Vence and Sanary to Marseille.

As we proceed further inland from the stately university city of Montpellier past the remarkable medieval fortress of Carcasonne, we reach the glorious countryside of Aveyron and Cantal, with their green hills, broad meadows and sunny forests.

France’s beautiful villages are very different from English ones and more varied. From Dambach, Riquewihr and Eguisheim in Alsace to Conques, Domme and Eze, they may be medieval, half-timbered, floral or in spectacular locations.

From the Pyrenees to the Ardennes and from Saint Malo to Saint Tropez, France is quite distinctive from any of its neighbours.

Then there is Paris! The romantic jewel at the heart of its metropolis, steeped in history, art and culture. The architecture, the great restaurants, the pavement cafes and the shows are all enhanced by the slight mystique of simply being French – and different.