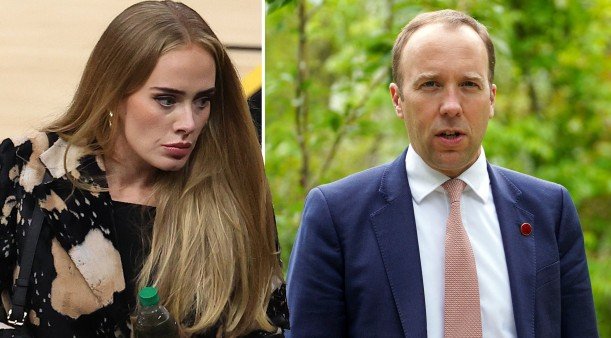 Superstar Adele has slammed the UK’s former Health Secretary over the relationship he had with his advisor, Gina Coladangelo, that led to his eventual resignation. The MP was embroiled in the scandal after he was caught on CCTV lip-locked with his close aide in June 2021.

The Someone Like You singer, 33, didn’t hold back as she revealed exactly what she thought of the West Suffolk MP in the first interview she has given in five years. The Oscar-winning songstress didn’t hold back when she was asked her opinion on Hancock during the interview with British Vogue.

“The dirty sod!” she exclaimed.

Giles Hattersley, features director of British Vogue, said Adele looked “briefly panicked” after her outburst, but then shrugged her shoulders and just continued on with the interview. In her cover interview, she bared all when it came to her new music, her divorce from Simon Konecki, her weight loss and even mentioned the new relationship with sports manager Rich Paul.

Adele fans were spoiled by the glossy magazine shoot and revelatory interview which accompanied it, in which she shared insight into her new music – the first single, Easy On Me, which is to be released next week.