Robo-Cop patrols police ‘uncivil behaviour’ on the streets of Singapore 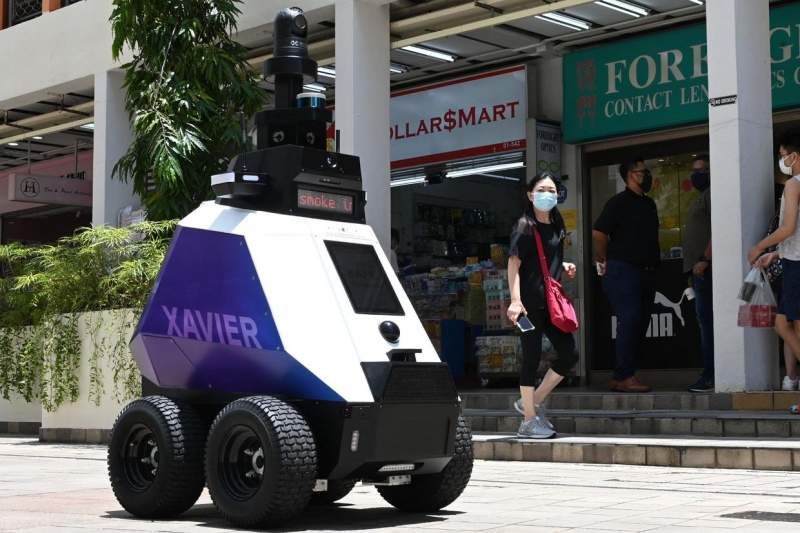 A Robo-Cop patrol has been spotted policing ‘uncivil behaviour’ on the streets of Singapore in Southeast Asia.

Singapore is trialling the use of Robo-Cop type patrol robots that blast warnings at people engaging in “undesirable social behaviour,” adding to an arsenal of surveillance technology in the tightly controlled city-state that is fueling privacy concerns and some anger among its over 5 million residents.

The country has frequently been criticised for curbing civil liberties and people are accustomed to tight controls, but there is growing unease at this new and unwelcome intrusive tech.

From vast numbers of CCTV cameras to trials of lampposts kitted out with facial recognition technology, Singapore is seeing an explosion of tools to track its inhabitants. Officials have long been pushing the vision of a hyper-efficient, tech-driven “smart nation,” however, activists say privacy is being sacrificed and people will be left with little control over what happens to their data.

Manufacturers HTX said in its press release that the robots will be specifically looking for five behaviours during the three-week trial run in Toa Payoh Central, a high-traffic residential district. They are:

This is Singapore’s second attempt at enforcing social policies like COVID-19 restrictions using robotic monitoring. In May 2020, the government launched robot dogs, created by the Massachusetts-based company Boston Dynamics, to patrol public parks and maintain social distancing. The robo-dogs were equipped with cameras and speakers that would “bark” reminders at park goers who were closer than one meter apart.