The weather forecast for this week in Spain 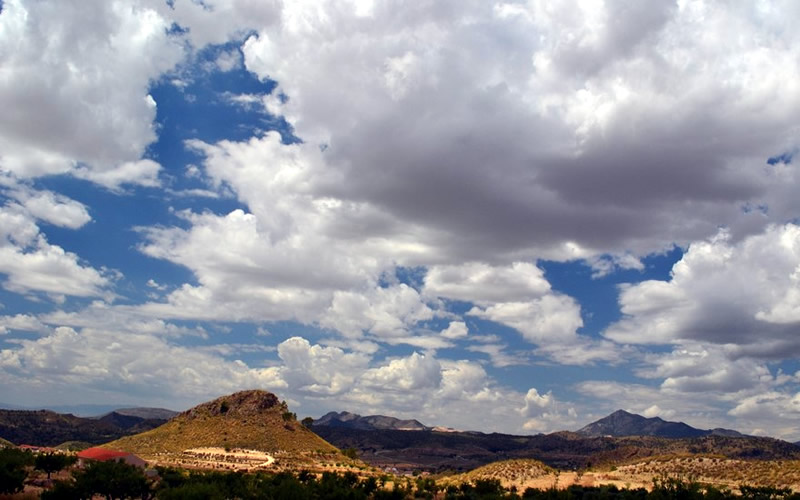 The weather forecast for this week in Spain. image: creative commons

Aemet’s weather forecast for this week in Spain

According to the predictions made by the State Meteorological Agency, AEMET, the pleasant autumnal temperatures we are experiencing in October are shortly about to come to an end.

A slight increase in daytime temperatures could be experienced during Monday 18, and Tuesday 19, but anticyclonic weather will predominate in most of the Peninsula. Intervals of low cloud will be the norm for the eastern third of the country and the Balearics, while the rest of Spain will have slightly cloudy or clear skies. AEMET does point out that minor showers are possible in the eastern Mediterranean coastal areas.

Wednesday 20 will bring a slight decrease in temperatures, through until Friday 22. This will not be any dramatic drop, but it might be necessary to dig out the warmer clothes in readiness. Rains that normally start towards the end of October are very unlikely to occur yet though says the forecaster.

Northern regions are the only ones likely to experience small showers

Northern regions of Galicia, Cantabria, and the Pyrenees are likely to experience a new frontal system on Wednesday 20 that will bring cloudy skies, as temperatures continue to fall.

There will be little change to this pattern over the weekend, with lower temperatures, but the weather should remain stable at least. No rainfall is expected in the Canary Islands, where the trade wind will blow and there will be a gradual drop in temperatures.

AEMET predicts that only the northern regions will suffer spells of rainfall and that due to the anticyclonic situation over most of the peninsula, it, “barely allows situations that leave rain to occur”.

Jose Manuel Viñas, the meteorologist from the weather website Meteored, pointed out, “At the moment there is not a typically autumnal prominent episode. Predictably, atmospheric stability will prevail on the weekend of October 23 and 24, so, for the moment, the rains will not have continuity nor will they be abundant and widespread”, as reported by 20minutos.es.