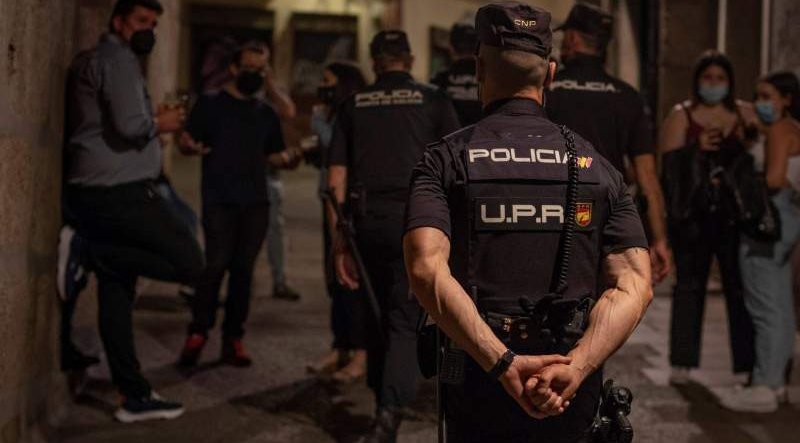 Two Polish fugitives have been arrested in Huelva Spain over a €218 million fraud.

Police have arrested a Polish citizen and her son in the province of Huelva. The mother is wanted in her own country for defrauding 218 million euros. Officers of the National Police detained the mother and son in the Huelva town of Ayamonte.

The mother and son duo, Joanna S. and Mikael S. (last names withheld under Polish privacy law) had been on the run for several years.

The arrests were carried out within the framework of the ENFAST network -the European Network of Fugitive Search Teams. The pair are wanted by the Polish authorities for alleged crimes of fraud and money laundering.

They, (the pair), allegedly cheated some €218 million from well-known people from the media in Poland, as well as other anonymous citizens, taking advantage of the popularity and professional prestige of the woman detainee.

The police investigations began in mid-2019 when investigators learned of the presence in Spain of two fugitives classified by the Polish authorities as “most wanted”, as they were members of a sophisticated network of scammers.

The crimes occurred in Poland between 2012 and 2017. A few years earlier, both fugitives settled in Sweden where they created their own art gallery, where the mother became a prestigious businesswoman, quickly becoming one of the people with the highest income in the country in 2007.

Her high standard of living and her regular presence at events and parties facilitated the growth and expansion of her activities, which allowed her to broaden her business horizons, opening art galleries in Spain, in the town of Marbella, Malaga, and in the United States among other countries.

The business network she created turned out to be a financial pyramid for money laundering. She managed to get her clients to make significant investments in works of art with promises of high profits on the subsequent sales of the pieces, however, such sales never materialised.

Some of her victims claimed that the detainee knew how to gain the trust of the people she was going to deceive, managing to swindle well-known individuals. She also deceived totally anonymous people who came to invest all their life savings, with the total amount scammed estimated to be around €218 million.

The detainee was one of the most wanted people in Poland. The investigation has been long and complicated because the fugitives’ high purchasing power made it easy for them to constantly move to escape possible investigations.

Investigators in Poland launched tracing efforts in more than 140 countries and, as a result of these efforts, it was learned that the fugitives were hiding in the city of Huelva. After multiple steps and surveillance, investigations focused on the town of Ayamonte where they were detained while out on the road.

Both of the suspects have also been accused of bank fraud and money laundering. They face sentences of up to 15 years in prison, as well as a fine of up to PLN 10 million (EUR 2.2 million).

At the moment, both of the detainees remain in Spanish custody and are awaiting extradition to Poland.