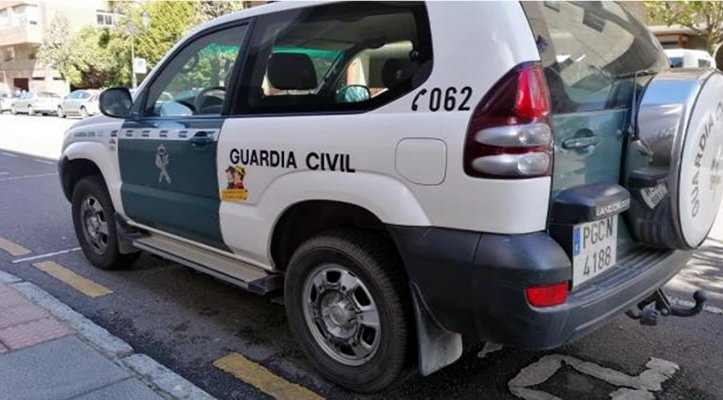 Six arrested for the kidnapping of a Benalmadena businessman

Officers from Guardia Civil’s Organic Unit of Judicial Police (UOPJ) of the Command of Algeciras and of the Rapid Action Group (GAR), have arrested six people accused of a crime of kidnapping, and another of injuries. This crime was reportedly carried out in the Malaga municipality of Benalmadena.

As revealed in a press release from the force, these arrests came last April, as a result of ‘Operation Evaga’. The event occurred during a security control being carried out by officers of the Rapid Action Group on the A-7 as it passed through the Cadiz municipality of San Roque.
When a vehicle was observed approaching the control acting suspiciously, the officers immediately intervened it. A subsequent search of the car found a person gagged, shackled, and injured inside the boot. The driver was arrested after he tried to escape on foot.
Later that same day, two individuals were arrested, accused of travelling in a second vehicle and acting as a lookout, to warn the other vehicle of possible police presence on the road.
The kidnapped man was a businessman of Moroccan origin, resident in Benalmadena. During the investigation it was discovered that a criminal group, made up of six members. They had failed in a previous attempt to kidnap him two days earlier because his wife and children had been with him.
Then, two days later, the kidnap gang set up a fake police check, passing themselves off as cops as he was leaving his home. After threatening and beating him, they handcuffed him and threw him into the boot of the vehicle, where he was later found by the Guardia Civil officers.

As a result of the numerous inquiries subsequently carried out, it was possible to identify and detain three other persons allegedly implicated in the events. Two of them had direct participation in the kidnapping, and the other was suspected of being the ringleader, and the one who planned to commit the crime, as reported by malagahoy.es.