Film review: Halle Berry has her eye on the prize in ‘Bruised’ 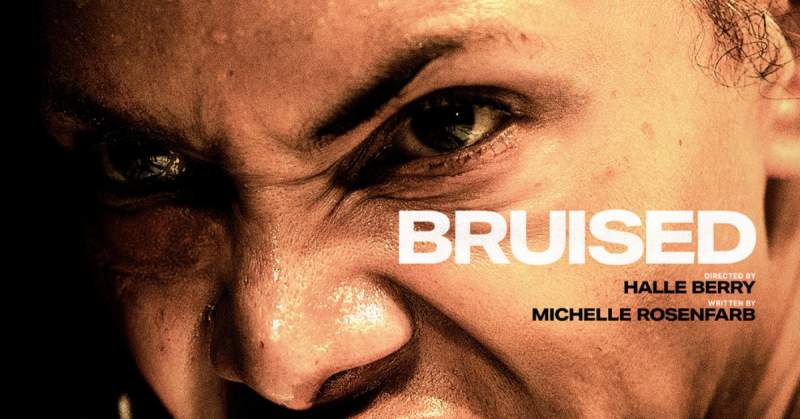 Film review: Halle Berry has her eye on the prize in 'Bruised'. Image - Netflix

Halle Berry keeps her eye on the prize in this dramatic and triumphant film about a woman who reclaims her power in the ring and in her life.

Bruised, which is released for streaming on Netflix next Wednesday, November 24, marks Halle Berry’s directorial debut as she takes one last shot at redemption in the Mixed Martial Arts (MMA) world. So far, the movie has had generally good reviews on Rotten Tomatoes, with a Tomatometer rating of 65 per cent from critics.

With Blake Lively originally cast for the role, it’s hard to imagine anyone other than Berry playing MMA fighter Jackie Justice once you’ve seen the film. It follows Jackie four years on from a humiliating defeat in the ring against Lady Killer, who is played by professional MMA fighter Valentina Shevchenko.

Jackie gave up her son and turned to alcohol while in an abusive relationship with a man who actually ends up bringing her back to fighting when he takes her to a ‘basement brawl’ in which she ends up being spotted by a fight league promoter.

When her son Manny, who refuses to talk, unexpectedly re-enters her life and she finds herself having to bring him up, Jackie decides to also re-enter the ring and fight Lady Killer again in one last shot of redemption.

Set in the gritty backdrop of a rough area of New Jersey, Bruised is a classic story of redemption, portrayed by a woman who has been living on her fight or flight instincts. It builds empathy as you root for Jackie as well as building energy and tension for her grand finale in the ring.

I enjoyed this film more than I expected, granted, it does follow a few cliches and it can be predictable. However, a wide-eyed Berry plays the role so well you’d be forgiven for thinking she isn’t a real fighter as we follow her getting back into shape after slipping into alcohol and relationship abuse.