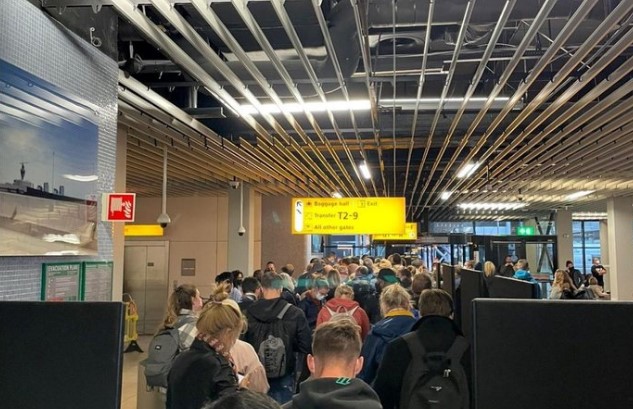 It has been reported that at least 61 passengers arriving yesterday, Friday, November 26, at Amsterdam’s Schiphol airport from South Africa, tested positive for Covid. They flew in on flights from Cape Town, and Johannesburg.

Because new rules banning flights from South Africa had come into force while they were in the air, all 600 passengers subsequently underwent CPR tests on arrival in the Netherlands. A team from the municipal health service (GGD) went to the airport to conduct the tests. Although they tested positive, it is unsure yet if the 61 carry the new omicron variant.

While awaiting the results, the 600 passengers were kept segregated from the rest of the terminal. Those who tested positive have since been moved to a hotel in the Schiphol area, under the surveillance of local authorities. There, they must serve a quarantine of at least seven days if they present symptoms, and five days if they are asymptomatic.

The rest of the passengers who obtained a negative result in the test must also undergo a five-day home quarantine, until a new PCR is carried out, which, if negative, allows them to lift the quarantine.

As a preventive measure after the detection of the new variant of the coronavirus in the region, the Dutch Government declared at midday this Friday 26, the total suspension of all flights from southern African countries.

Hugo de Jonge, Holland’s Minister of Health, stressed that the new mutation had not yet been officially detected in the Netherlands, but, “at the same time, we know from other variants how fast something like this can go, so we have to slow down the arrival of this variant as much as possible”.

One case of the new variant was reported by the Belgian authorities, in a young woman who had arrived in the country after travelling to Egypt, via Turkey, as reported by larazon.es.