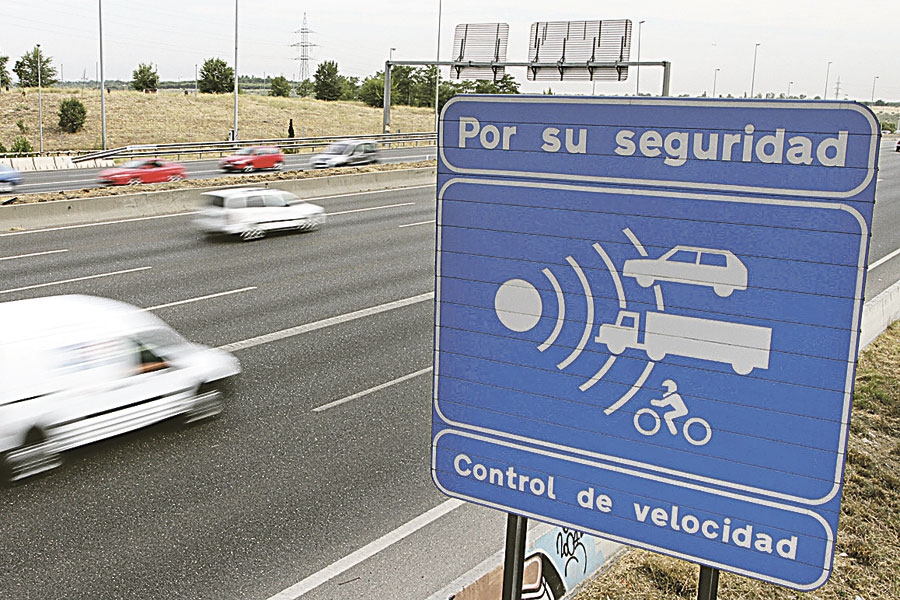 SPEED CAMERAS: There is a margin of error

For years now the DGT has worked to prevent road accidents involving speed and although speed cameras have helped, many drivers simply slow down for these only to speed up afterwards. Now the DGT will install new radar with an anti-braking system.

Authorities have had to work hard to stay ahead of the game with traditional static cameras whose location is public knowledge, no longer working as intended. The arrival of the mobile phone has since countered new efforts to find alternative means of trapping offenders. The hope is that the new plans will be more effective.

DGT’s plan is to introduce more drones and additional cameras, as well as radar with an anti-braking system.

The new radar cameras are units that work at a much greater distance, similar to those introduced in the UK some years back. These will also be installed as part of the anti-braking system which involves so called cascade or waterfall installations, which work by placing a series of radar along a stretch of road at intervals ranging from a few metres to a hundred metres.

Installations that use successive cameras can be useful in trapping those who slow down for a camera only to speed up afterwards.

The new anti-braking radar system works differently to the waterfall systemt, and involves placing recorders ahead of the speed camera. These will record the speed of motorists and then compared with the speed recorded by the camera, thereby recording the actual speed of the vehicle prior to the camera. These units it is hoped will detect motorists that onmly obey the speed limit where a camera is present.

Speeding fines currently carry a penalty of between 100 and 600 euros and six penalty points.

It is hoped that with DGT installing new radar with an anti-braking system will go a long way to catch repeat offenders and those guilty of breaking the speed limit when not in the vicinity of a camera.