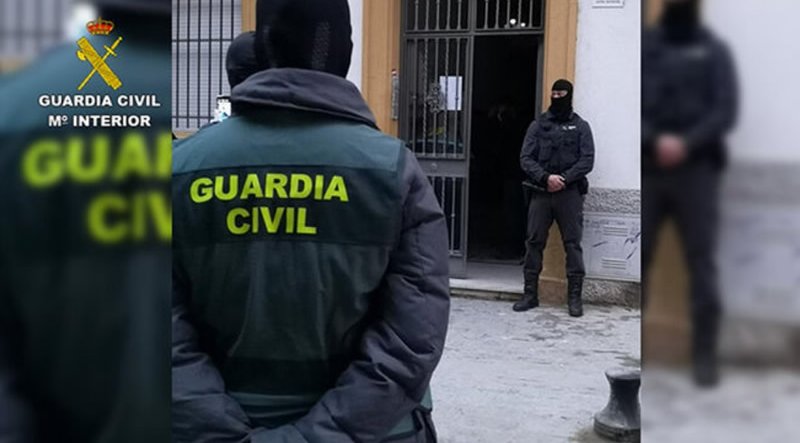 As revealed in a statement from the force today, Thursday, December 23, an alleged jihadist was arrested by the Guardia Civil last Monday, December 20, in Sevilla. The detainee is of Pakistani origin, and had reportedly been monitored posting terror-related messages on social media platforms.

He was detained on Calle San Blas, in the centre of the city, by specialised officers from Madrid to carry out the arrest. The suspect has subsequently entered provisional prison on the orders of a judge.

An investigation had been launched after the Guardia Civil became aware of a user on a well-known social media network who was “profusely disseminating the message of the jihadist ideology”.

His posts made allusions to terrorist attacks, with continuous references to their perpetrators, and violent jihad. In one of his posts, he made reference to Zaher Hassan, the so-called lone wolf who carried out a terrorist attack in France, in September 2020. Hassan attacked two people with a knife believing they worked for the Charlie Hebdo publication.

It is believed that the detainee belongs to an extremist organization based in Pakistan. This group reportedly has extreme intolerance on matters perceived as contrary to Islam, and calls for the execution of all alleged blasphemers against this religion.

During the time that this individual was monitored, investigators observed a constant drift towards violent jihad, with rapid radicalisation. He was spreading prototypical posts of the jihadist ideology on social networks. In these he has boasted of the Taliban “reconquest” of Afghanistan, declaring that it was a first step in the takeover of the West.

After an exhaustive analysis of the evidence found during their investigation, the police proceeded to arrest the suspect. The operation remains open, as investigators try to fully clarify the extent of his activities in Spain, as well as searching for any accomplices, as reported by diariodesevilla.es.