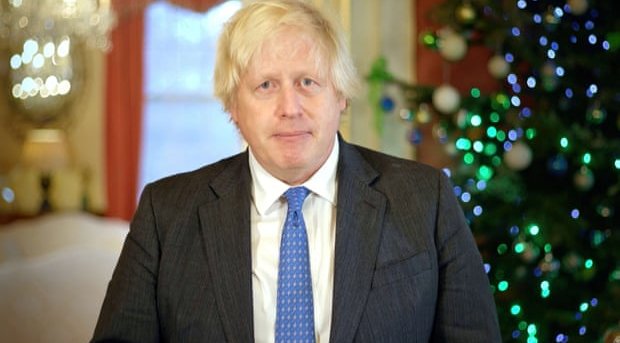 The cabinet ministers trying to get a foothold in the alleged New Year Tory leadership contest have been told to strongly oppose any new strict Covid measures for the UK if they want to win. Their colleagues in the Conservative Party have said they will damage their chances if they keep quiet or accede to new measures being introduced for New Year’s Eve.

With rumours of a ministerial meeting as soon as Monday 27 December to discuss additional measures amid increasing hospital admissions, several Tory ministers have said to the Guardian they will be keeping a close eye on those coming forward as potential contenders for the top job. There have been press reports of Johnson stepping aside before the General Election, or receiving a vote of no confidence from his own party as the Coronavirus pandemic rumbles on.

Government scientific advisors have been modelling the impact of implementing so-called “step 2” restrictions from Tuesday 28 December. Such measures would see an end to indoor gatherings, limited outdoor gatherings, and bars and restaurants only able to serve outdoors. The modelling suggested that restrictions could reduce deaths by 18% if kept in place until mid-January or 39% if retained until the end of March.

According to the report, delaying the measure until New Year’s Day would reduce their impact, though the scientists said their models did not have “sufficient precision” to detect differences in a small delay. “When an epidemic is rapidly growing, the earlier interventions take place, the larger their effect,” they said.

The devolved nations have already introduced their new strict Covid measures, including new physical distancing rules, the closure of nightclubs and limits on indoor gatherings. The UK recorded 122,186 new Covid cases on Friday, the highest yet, while the Office for National Statistics estimated that 1.7 million Britons had the virus in the week ending 19 December, also a record.

However, Tory MPs are hardening their attitudes against further restrictions and now want cabinet ministers to be vocal in their opposition. “If No 10 proposes tighter restrictions straight after Christmas, those cabinet ministers with freedom-loving instincts – who gave us all so much hope last week – must speak out,” said one member of the Covid Recovery Group of Tory MPs. “In any future leadership contest, we will all remember how they acted this week. We need real, gutsy, freedom-loving Conservatives to rescue us from this madness.” Other Tory MPs also said they would consider a candidate’s position on restrictions in any leadership race.

This shows how advanced the idea of a new leadership race is and how it affects the government’s response to the pandemic, plus the implementation of strict Covid measures. The prime minister’s authority seems weakened by the claims and his popularity may be waning as Labour have taken a lead in the polls for the first time in over eighteen months.